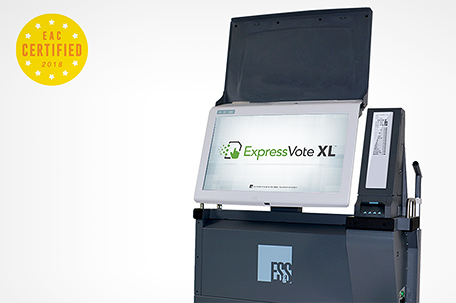 Pennsylvania’s top elections official spent hours in federal court last Tuesday, defending the certification of voting machines being used by Philadelphia and two other Pennsylvania counties, including one where problems led to undercounted returns in a race in November.

The hearing in federal court could help determine how 17% of Pennsylvania’s registered voters cast ballots in November, when the state is expected to be one of the nation’s premier presidential battlegrounds.

It comes after a two-year push by Gov. Tom Wolf to get counties to switch to paper-based voting systems ahead of this year’s presidential election, a move he frames as a crucial election security bulwark against hacking.

For part of her three-plus hours on the stand, Secretary of State Kathy Boockvar sought to show that no element of a federal court agreement in 2018 specifically outlawed certification of the machine in question, the ExpressVote XL touchscreen system.

She also testified that certification of the ExpressVote XL touchscreen system had been well underway during talks to settle the lawsuit.

Information about the ExpressVote XL’s certification process was both publicly available and provided to the plaintiffs’ lawyers, she testified.

The plaintiffs would “pretty much have to be living under a rock” not to know about it, Boockvar said.

During Tuesday’s court hearing, a lawyer for the plaintiffs — former Green Party presidential candidate Jill Stein and several supporters — said they had dropped their effort to see the ExpressVote XL decertified before Pennsylvania’s April 28 primary.

Rather, they remained focused on seeing it decertified before November’s general election.

The underlying lawsuit filed by Stein’s group accused Pennsylvania of violating the constitutional rights of voters in 2016’s presidential election because its voting machines were susceptible to hacking and barriers to a recount were pervasive.

The plaintiffs contend that certifying the ExpressVote XL violates the settlement agreement, in part because the machine does not meet the agreement’s requirement “that every Pennsylvania voter in 2020 uses a voter-verifiable paper ballot.”

For one, the ExpressVote XL counts votes by counting machine-printed bar codes on paper, a format that is neither readable nor verifiable by an individual voter, they say. Second, the ExpressVote XL does not use a “paper ballot” and relies on software to record the voter’s choice, they say.

Much of Boockvar’s testimony also revolved around the definition of “paper ballot,” what had been meant by the wording of the 2018 agreement and whether it should have included the ExpressVote XL.

The plaintiffs never objected to the certification of the machine before signing the settlement, Boockvar testified.

However, she also acknowledged that certification of the ExpressVote XL had not been a subject of discussion during the settlement talks.

The plaintiffs first objected to the machines last summer after a separate group objecting to Philadelphia’s selection of the machines had petitioned the state to retest the ExpressVote XL. Tuesday’s testimony concluded, with more scheduled for Wednesday.

In addition to Philadelphia, Cumberland County and Northampton County also bought the machines.

The ExpressVote XL achieved more notoriety in Pennsylvania in November, when the machines produced a massive undercount in a judicial race in Northampton County.