JET Magazine, the end of an era while BET cuts Gospel show 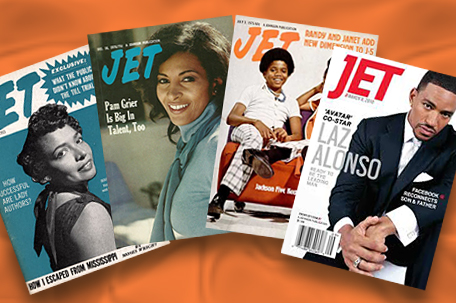 May 11, 2014 Category: Stateside Posted by: adminphilasun

JET Magazine has been a weekly staple in African American communities for more than 60 years, from its iconic covers to the ‘Beauty of the Week’. But this week Johnson Publishing Company announced that Jet Magazine would transition from print to digital starting in June.

Since 1951 the magazine has provided the African American community with some of the best stories.

The publication was named JET by John Johnson in 1951 because “there is more news, and less time to read it”, a statement that is more relevant today. And not only is there more news, but consumers are much more selective of when and how they consume it, and less likely to pay for it.

As JET makes this move, they will begin focusing their attention on three new digital missions. The first is redesigning JETmag.com, with the hopes of establishing a strong online presence that will include videos, stronger social media, and more. A weekly digital copy of JET magazine will now be available through a paid subscription app. Johnson Publishing also plans to launch an Ebony and JET e-commerce store where readers and fans will have the ability to purchase merchandise related to stories and brands they feature. Additionally, JET will publish an annual print edition to highlight and review some of their biggest moments of the year.

But if the loss of JET magazine wasn’t enough, BET has decided to cancel its annual Celebration of Gospel. More than 2.6 million viewers tuned in this year, making it the number one gospel TV show for the 14th consecutive year. However, BET revealed during their upfront presentations in New York that the show would not return, despite its success. The network is still planning to host the BET Awards, Black Girls Rock, the BET Hip Hop Awards and BET Honors.

No more JET magazine on coffee tables and in hair salons marks more than just the end of an era. The cancellation of The Celebration of Gospel is about more than just upfront presentations and ratings. This transition points to the rapid transformation of our society, the types of media we consume, and the rapid loss of African American media. Not just media that is created for African American community, but media owned and operated by the same. With the loss of these voices, these stories, these positive images of people of color in our communities, there is a continued loss of the value of African Americans.

The reality is that JET magazine had to make this transition because our community no longer supports the publication. Celebration of Gospel does well, but those who watch only do so to criticize. Our attention is must more readily focused on media that perpetuates African Americans degrading, disrespecting, and verbally or physically assaulting each other. We celebrate Lupita’s success, but less than 13 percent of African Americans actually saw 12 Years a Slave, according to the Motion Picture Association of America

Until the African American community begins to reinvest in media that created by and for us, we will continue to lose these outlets. The saturation of media about which we complain, but still consume will continue to inundate our communities with negative imagery until we decide to support those that portray us in a more positive light.

The loss of JET Magazine, and BET’s Celebration of Gospel should be a wake-up call for all of us.