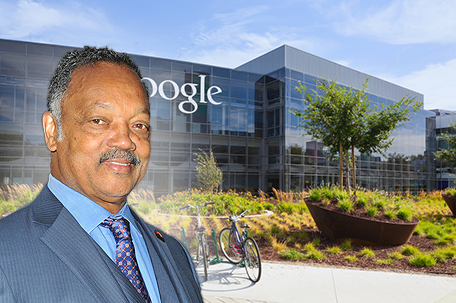 Silicon Valley’s diversity problem is no secret. Less than 1 percent of startup founders with Venture Capital funding are African American, according to venture capital and angel investment database CB Insights. But while attempts to address the diversity conundrum have gotten a lot of lip service, not a whole lot has improved. Of the 20,000 students to pass the Advanced Placement computer science exam last year, for example, only 388–less than 2 percent–were African American.

Hank Williams, founder of Platform, a nonprofit focused on increasing the number of underrepresented minorities in tech wants that to change. Williams realized he needed to be more vocal about tech’s diversity problem after spending 12 weeks in Silicon Valley in 2011 as part of the CNN documentary “Black In America.” CEO of the startup Kloudco and a native New Yorker, Williams had never spent that much time in Mountain View. In his 25-year tech career, he was used to being the only black man at the table, but scarcely seeing another person of color in all of Silicon Valley for three full months was unnerving. Why weren’t more people talking and doing something about this?

Last week, his organization, which focuses on increasing the number of underrepresented minorities in tech–particularly African Americans, Latinos and women–held its second annual Platform Summit, bringing together industry leaders and advocates including Reverend Jesse Jackson to rally around the issue.

You can’t fix what you can’t measure

Diversity statistics in tech companies can be hard to come by as many big players in the industry have resisted releasing that data over the years. But in recent months, Rev. Jesse Jackson has pushed back for more transparency, filing a Freedom of Information Act request with the Equal Employment Opportunity Commission to find out just how diverse the boards of 20 of the biggest tech companies in Silicon Valley are. His advocacy group, the Rainbow PUSH Coalition found that 11 of the 20 companies surveyed including Google, Facebook, Yahoo, Twitter, and eBay had no people of color on their boards. Of the 189 board members across 20 companies, only three were African American and one was Latino.

Jackson, who spoke at the Platform Summit, addressed this need for greater transparency and accountability from tech companies in Silicon Valley. He has called the need for greater diversity in tech “the next step in the civil rights movement.”

A push for greater visibility

Do a Google search of the term “black scientist” and you’ll find historical figures like George Washington Carver and Percy Julian at the top of the list. Williams wants to help bring contemporary scientists and tech leaders higher up on that search. His idea for Platform Summit was inspired by TED with the goal of creating a platform where minority leaders in the tech field could gather to talk about the issues and inspire young people to get involved in tech themselves. “If you cant see something, you can’t be it,” says Williams. “It was important for us to create more visibility.”

“ If you cant see something, you can’t be it. It was important for us to create more visibility.”

One of the leaders and speakers at this year’s summit was Van Jones, activist and co-host of CNN’s “Crossfire.” In 2013, just after George Zimmerman was acquitted for the murder of Trayvon Martin, Jones was talking with, of all people, Prince. Why is it, Prince asked him, that a black kid in a hoody is assumed to be a thug, while a white kid in a hoody is seen as the next Mark Zuckerberg? “That’s how racism works,” Jones replied. “Maybe,” said Prince. “But where are the black Mark Zuckerbergs?”

The conversation inspired Jones to launch #YesWeCode, a movement that works with organizations like Hack the Hood, the Hidden Genius Project and Code2040 to provide inner-city youth with training and exposure to the tech industry. “There isn’t a pipeline from East Oakland or from Compton or from Native American organizations or from some of the tougher parts of Miami into the space,” says Jones. “That has to be fixed. … We are trying to build a talent pipeline from the hood to Silicon Valley.”

At this year’s Platform Summit, Williams also announced an initiative called the 10,000 Innovators Fund, urging major tech companies to support extracurricular math and science programs cacross the country that follow the SMASH Academy model created by the Level Playing Field Institute. The initiative’s name stems from its goal to raise the number of students of color passing the computer science AP exam from 388 to 10,000. “We can vastly scale up that number,” says Williams. “The technology industry should be a significant investor in our effort to make that happen.”

But it’s not simply building a pipeline that will increase diversity in the tech industry. Often the emphasis in building a pipeline takes people’s attention away from the existing hiring challenges in the tech world. “It isn’t just focusing on that pipeline. I come out on the other end and what happens to me?” says Shahara Ahmad-Llewellyn, cofounder of Platform. “How do we get people behind the desk to welcome people who don’t look anything like them based on potential talent? How do we get them to change their mindset? That’s what it’s all about.”

The issue of unconscious bias in the workplace is one companies like Google are just now beginning to acknowledge. “Even if you are only 51 percent more likely to hire a white person than a black person … over generations, you only have to be a tiny bit biased to create significant bias,” says Williams. “It’s a reflection of human nature. You’re more familiar with people you’re similar to. … That doesn’t make you a bad or racist person. That makes you ill-equipped to solve this problem without being systematic about it.”

That’s why it’s critical to get top leaders at tech companies involved, says Ahmad-Llewellyn. “It has to start at the top,” she says. “If it starts at the top and people are held accountable, people will make it happen.”

Recognizing the urgency to act now

There’s a pressing need for change as the tech industry grows. By 2020, the U.S. will have 1.4 million computer science jobs according to estimates by the U.S. Bureau of Labor Statistics, with only 400,000 computer scientists to fill them.