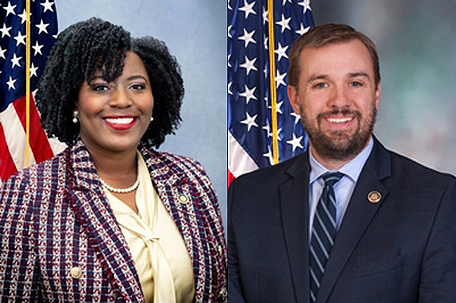 HARRISBURG, Pa. — Both parties in the Pennsylvania House of Representatives are sticking with their top leaders as they head into the uncertainty of starting the next session in January with the chamber closely divided.

House Republicans on Tuesday named Rep. Bryan Cutler of Lancaster County to be their floor leader, a week after Democrats reelected Rep. Joanna McClinton of Philadelphia to their caucus’ highest leadership position.

Cutler has been speaker while Republicans have led the House with a sizable majority, but Democrats flipped a net of 12 seats during legislative elections earlier this month.

That is barely enough for the majority in the 203-seat House, but one incumbent Democrat died a month before being reelected and two others won their House seats the same day they were also elected to higher offices. Special elections will fill those three vacancies by or on the May 16 spring primary election.

Cutler says he’s not interested in becoming speaker even if the GOP musters enough votes to make it happen. McClinton has said she expects to be speaker.

The House is expected to elect a speaker on Jan. 3, the day members are sworn in for the coming term.