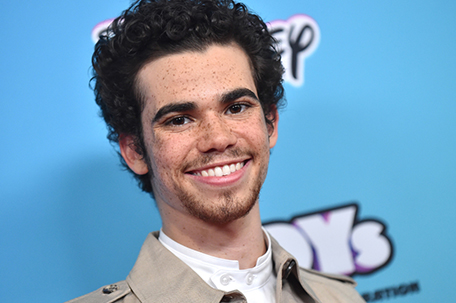 LOS ANGELES — Actor Cameron Boyce, known for his roles in the Disney Channel franchise “Descendants” and the Adam Sandler “Grown Ups” movies, has died. He was 20 years old.

Boyce, who played Carlos Oscar De Vil in “Descendants,” died Saturday at his home in Los Angeles, according to his spokesperson.

An official cause of death has not been announced. A statement from his family says he passed away in his sleep due to a seizure which was the result of an ongoing medical condition.

Boyce acted in television and film. His film credits include “Mirrors” and “Eagle Eye.”

A Disney Channel spokesperson says in a statement Boyce dreamed of sharing his artistic talents with the world from a young age and wanted to make a difference in peoples’ lives through humanitarian work.