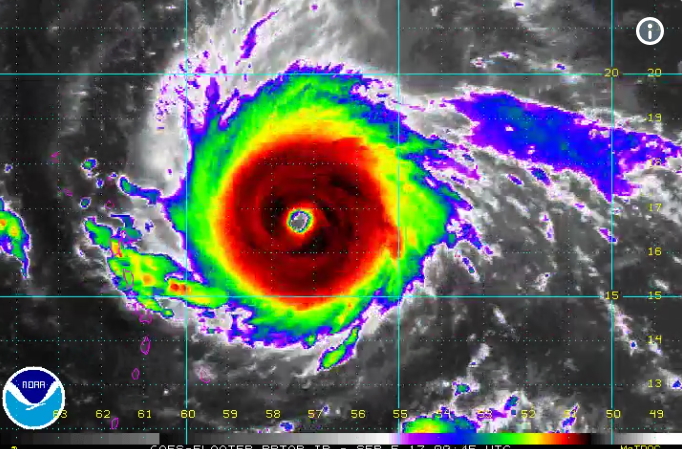 SAN JUAN, Puerto Rico –Hurricane Irma strengthened into a dangerous Category 5 storm Tuesday as it roared toward the northeast Caribbean on a path toward the U.S.

Irma’s center was expected to move near or over the northern Leeward Islands late Tuesday and early Wednesday, the hurricane center said. The eye was later expected to pass about 50 miles (80.46 kilometers) from Puerto Rico late Wednesday.

Authorities warned that the storm could dump up to 10 inches (25 centimeters) of rain, cause landslides and flash floods and generate waves of up to 23 feet (7 meters). Government officials began evacuations in certain islands and urged people to finalize all hurricane preparations as shelves emptied out across islands including Puerto Rico.