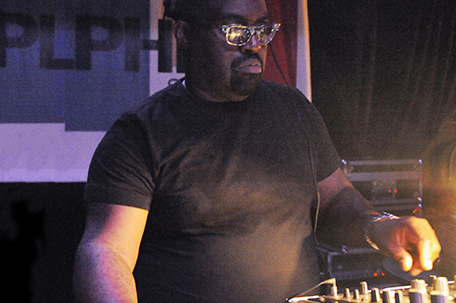 ABOVE PHOTO:  Chicago disc jockey Frankie Knuckles, known as the “Godfather of House Music, died Monday, March 31, 2014 in Chicago.  He was 59.  He was also a producer, having done work for artists including Michael Jackson and Diana Ross.  (AP Photo/Sun-Times Media, Brian Jackson)

CHICAGO — Frankie Knuckles, a Chicago disc jockey known as the “Godfather of House Music,” has died at age 59.

The Cook County medical examiner says Knuckles died Monday in Chicago. The Grammy winner is considered a key figure in the evolution of the music genre, dating back three decades.

Mayor Rahm Emanuel said Tuesday that Chicago has lost “one of its most treasured cultural pioneers.” Chicago named a stretch of road near downtown for the Bronx native, calling it “Honorary ‘The Godfather of House Music’ Frankie Knuckles Way.” He told the Chicago Sun-Times last year that he took that role “very seriously” and feels he represents “a lot of people who really believe in this music.”

Knuckles also was a producer, doing work for artists including Michael Jackson and Diana Ross.