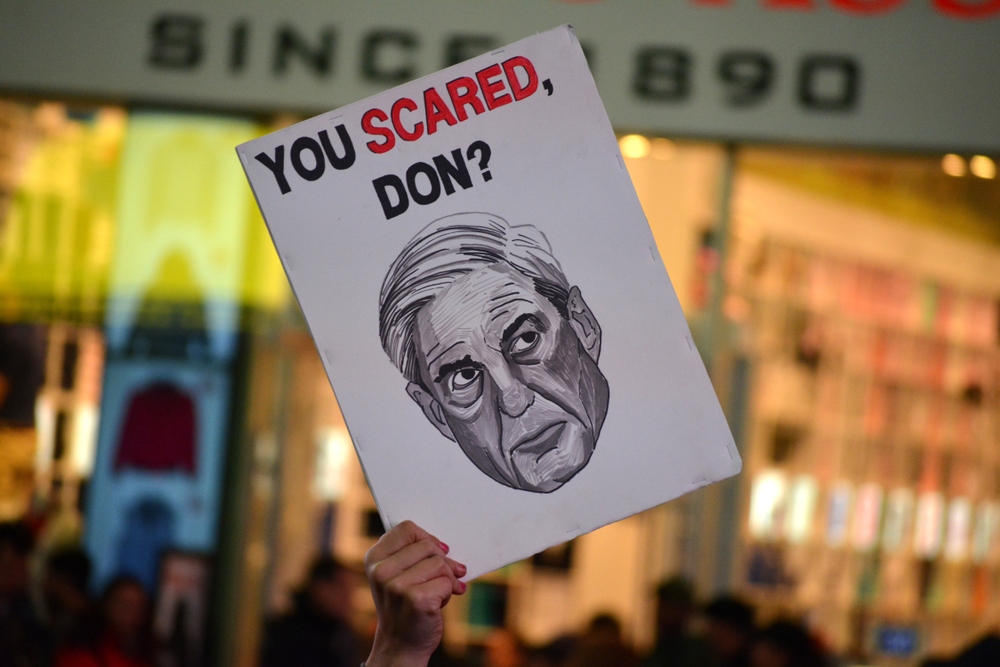 “It now falls to Congress to determine the full scope of that alleged misconduct and to decide what steps we must take going forward,” said Rep. Jerrold Nadler, D-N.Y. He expects the Justice Department to comply by May 1.

While Mueller declined to prosecute Trump on obstruction of justice, he did not exonerate the president, all but leaving the question to Congress.

Mueller’s report provides fresh evidence of Trump’s interference in the Russia investigation and challenges lawmakers to respond. The risks for both parties are clear if they duck the responsibility or prolong an inquiry that, rather than coming to a close, may be just beginning.

“My committee needs and is entitled to the full version of the report and the underlying evidence consistent with past practice,” Nadler said in a statement.

But the committee’s top Republican, Rep. Doug Collins of Georgia, said the subpoena was “wildly overbroad” and that Trump already declined to assert executive privilege in a move of “unprecedented openness.” Collins said Nadler was rushing the process for political gain.

“This is politically convenient,” Collins said, allowing the chairman “to grandstand and rail against the attorney general for not cooperating on an impossible timeline.”

Nadler said he is open to working with the department “to reach a reasonable accommodation for access to these materials, however I cannot accept any proposal which leaves most of Congress in the dark, as they grapple with their duties of legislation, oversight and constitutional accountability.”

The materials are due the day Barr is scheduled to testify before a Senate committee and one day before Barr is set to appear before Nadler’s committee. Nadler also has summoned Mueller to testify.

Republicans are eager to move beyond what Trump calls the “witch hunt” that has overshadowed the party and the presidency. While Democrats say Mueller’s findings are far more serious than initially indicated in Barr’s four-page summary last month, they’ve been hesitant to pursue the ultimate step, impeachment proceedings, despite pressure from the left flank of the party to begin efforts to try to remove the president from office.

House Speaker Nancy Pelosi, traveling Thursday on a congressional trip to Ireland, said in a joint statement with Senate Democratic Leader Chuck Schumer that Mueller’s report revealed more than was known about the obstruction question.

“As we continue to review the report, one thing is clear: Attorney General Barr presented a conclusion that the president did not obstruct justice while Mueller’s report appears to undercut that finding,” they said.

Later, in a letter to House Democrats, Pelosi vowed: “Congress will not be silent.”

It’s unlikely that the full Mueller report or the public testimony will untangle the dilemma that Democrats face. Mueller laid out multiple episodes in which Trump directed others to influence or curtail the Russia investigation after the special counsel’s appointment in May 2017, and Trump made clear that he viewed the probe as a potential mortal blow — “the end of my presidency.”

Rep. Adam Schiff, the chairman of the House Intelligence Committee, said the acts described in the report “whether they are criminal or not, are deeply alarming in the president of the United States. And it’s clear that special counsel Mueller wanted the Congress to consider the repercussions and the consequences.”

Schiff, D-Calif., said that “if the special counsel, as he made clear, had found evidence exonerating the president, he would have said so. He did not. He left that issue to the Congress of the United States.”

Republicans sought to portray Democrats as unwilling to let go of the idea that Trump colluded with Russia to swing the election. “What you’re seeing is unprecedented desperation from the left,” tweeted Rep. Mark Meadows, R-N.C., a top Trump ally. “There was no collusion. It’s over.”

Other Republicans were more measured. Senate Majority Leader Mitch McConnell, who is one of the few members of Congress mentioned in the report, told reporters in Kentucky, “It’s too early to start commenting on portions of it.”

McConnell was among several people the report said former White House Counsel Don McGahn had reached out to on behalf of the president when Trump was trying to stop then Attorney General Jeff Sessions from recusing himself at the start of the Russia probe.

In all, the report revealed 10 areas of potential obstruction, from Trump’s firing of FBI Director James Comey to his attempts to thwart Mueller’s investigation. In many cases, the additional details show a president restrained only by aides and others around him.

Rep. Jamie Raskin, D-Md., a member of the Judiciary Committee, said his reading of the report shows that Trump “almost certainly obstructed justice” and it was only his staff that intervened to prevent certain actions.