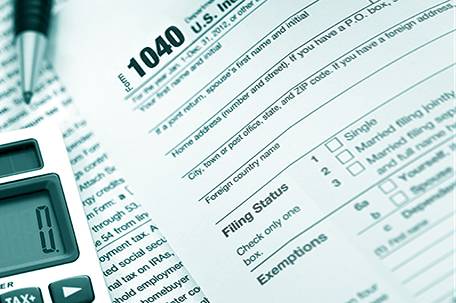 WASHINGTON (AP) — House Republicans began their tenure in the majority Monday by passing a bill that would rescind nearly $71 billion that Congress had provided the IRS, fulfilling a campaign promise even though the legislation is unlikely to advance further.

Democrats had beefed up the IRS over the next decade to help offset the cost of top health and environmental priorities they passed last year and to replenish an agency struggling to provide basic services to taxpayers and ensure fairness in tax compliance.

The money is on top of what Congress provides the IRS annually through the appropriations process and immediately became a magnet for GOP campaign ads in the fall claiming that the boost would lead to an army of IRS agents harassing hard-working Americans.

The bill to rescind the money passed the House on a party-line vote of 221-210. The Democratic-controlled Senate has vowed to ignore it.

Shortly before the vote, the nonpartisan Congressional Budget Office projected that rescinding the extra IRS funding would increase deficits over the coming decade by more than $114 billion. That created an awkward moment for Republicans, who have been saying that addressing deficits would be one of their top concerns in the majority. It offered an early example of how the GOP’s bold promises on the campaign trail could get tangled in the messy reality of governing.

Duncan and other GOP lawmakers routinely say the extra funding will be used to hire 87,000 new agents to target Americans, but that’s misleading. The number is based on a Treasury Department plan saying that many IRS employees would be hired over the next decade if it got the money. But those employees will not all be hired at the same time, they will not all be auditors and many will be replacing some 50,000 employees who are expected to quit or retire in coming years.

“This debate about IRS lends itself to be the most dishonest, demagogic rhetoric that I have seen in the Congress at any point in time,” said Rep. Steny Hoyer, D-Md.

Charles Rettig, the former commissioner of the IRS, said in a final message to the agency in November that the additional money would help in many areas, not just beefing up tax enforcement. He said the investments would make it “even less likely for honest taxpayers to hear from the IRS or receive an audit letter.”

Additional funding for the agency has been politically controversial since 2013, when the IRS under the Obama administration was found to have used inappropriate criteria to review tea party groups and other organizations applying for tax-exempt status.

In the ensuing years, the IRS was mostly on the losing end of congressional funding fights, even as a subsequent 2017 report found that both conservative and liberal groups were chosen for scrutiny.

In April, Rettig told lawmakers the agency’s budget has decreased by more than 15% over the past decade when accounting for inflation and said the number of full-time employees — 79,000 in the last fiscal year — was close to 1974 levels.

But Rep. Nicole Malliotakis, R-N.Y., and other Republicans weren’t buying the argument that the funding would be focused on auditing the wealthy.

“This is meant to nickel-and-dime, audit and harass America’s small businesses and families, who they know cannot afford the legal fees to fight this army,” Malliotakis said.

“The only way that House Republicans could make it any more obvious that they’re doing a favor for wealthy tax cheats is by coming out and saying it in exactly those words,” Wyden said. “This bill is going nowhere in the Senate.”

And the White House said President Joe Biden would veto the bill if it gets to his desk, saying that the wealthiest 1% of Americans hide about 20% of their income so they don’t have to pay taxes on it, shifting more of the tax burden to the middle class.

“With their first economic legislation of the new Congress, House Republicans are making clear that their top economic priority is to allow the rich and multibillion-dollar corporations to skip out on their taxes, while making life harder for ordinary, middle-class families that pay the taxes they owe,” the White House said.