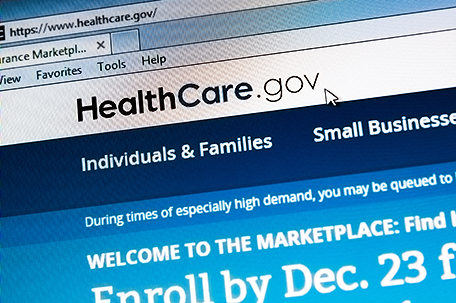 WASHINGTON — Trying to avoid sending thousands away empty-handed, the Obama administration has announced that people who started applying for health insurance but aren’t able to finish before the March 31 enrollment deadline will get extra time.

The latest tweak to the rules for President Barack Obama’s health care law brought immediate scorn from Republicans committed to its repeal.

The timing of the administration’s announcement late Tuesday added to a perception of disarray that has dogged the health care overhaul from its early days. It also raised concerns about the potential for another round of technology problems such as the ones that paralyzed HealthCare.gov after its Oct. 1 launch.

“We are experiencing a surge in demand and are making sure that we will be ready to help consumers who may be in line by the deadline to complete enrollment, either online or over the phone,” Health and Human Services spokesman Aaron Albright said Tuesday night.

Officials say the federal website that serves 36 states is holding up well under the added demand, with more than 1.2 million visits on Tuesday. But independent testing by Detroit-based Compuware has found that the site runs slowly when compared to other health insurance industry websites.

The White House is scrambling to meet a goal of 6 million signed up through new online markets that offer subsidized private health insurance to people without access to coverage on the job.

Officials said the grace period will be available to people on the honor system, meaning applicants will have to attest that special circumstances or complex cases prevented them from finishing by March 31.

It’s unclear how long the extension will last. Some have urged the administration to allow until April 15, the tax filing deadline. People who are due refunds may be willing to put some of that money toward health care premiums.

The sign-up extension follows other delays, most significantly of the law’s requirements that medium- to large-sized businesses provide coverage or face fines. The GOP is making repeal of the health care law its rallying cry in the fall congressional elections.

The White House had signaled last week that a grace period of some sort was in the works. Spokesman Jay Carney said Friday that people in line by the deadline would be able to complete their applications. Administration officials argue that’s not extending the deadline. They compare it to the Election Day practice of allowing people to vote if they are in line when the polls close.

The decision to grant extra time was first reported late Tuesday by The Washington Post.

The administration’s decision affects the 36 states where the federal government is taking the lead on sign-ups. But the 14 states running their own websites are likely to follow, since some had been pressing for an extension on account of their own technical problems.

“The disbursement of tax refunds appears to be making a substantial difference in the willingness and ability of uninsured Americans to sign up for … coverage,” Haile said.

Jackson Hewitt projects the administration can meet the goal of 6 million only if it allows people to keep signing up through April 15.