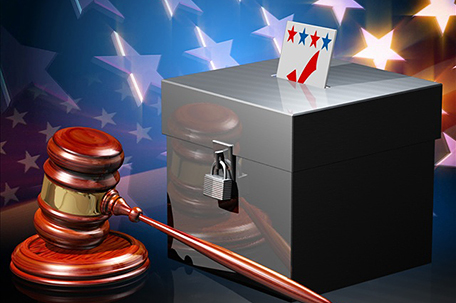 Voter ID laws impose hidden costs on voters, driving down turnout—and can disproportionately affect African-American voters and those 23 or younger.

For some voters, it costs $58.50 to vote in an election. That’s more than enough to keep voters away from polls, according to a new report.

Thirty-three states require all eligible voters to show ID at the polling station and, in doing so, add a hidden cost to voting: While casting a ballot is technically free, getting proper identification is not. Many voter-ID laws came about after Congress passed the Help America Vote Act in 2002, which was intended to address concerns of voter fraud and irregularity in the 2000 presidential election. While concerns about fraud are widespread, research shows that it occurs very rarely.

The cost of obtaining an ID affects voter participation, and can disproportionately drive down turnout among African-American voters and 18-to-23-year-olds.

The Government Accountability Office (GAO) studied the effect that voter-ID laws have on turnout in the 17 states that require voters to show government-issued ID at the polls. Driver’s licenses and state-issued IDs are the two most common forms of identification, and they don’t run cheap. An inexpensive driver’s license will set you back just under $15, but some states’ cost almost $60.

Sixteen of the 17 states in the study offer a free alternative to driver’s licenses or state IDs for residents. But even these free IDs aren’t really free: to get one, residents must prove their identity and usually have to pay to obtain a separate identification document. Getting a birth certificate, one of the most common kinds of documents applicants use, can cost as much as $25.

This table shows, for each of the 17 states that require a government-issued ID to vote, the cost for a driver’s license, a non-driver’s license ID, and whether or not the state issues free IDs for voting. Most free IDs, however, have hidden costs attached. (GAO)

These costs may not seem high, but they have an effect on voter turnout. GAO analyzed participation numbers from the 2008 and 2012 general elections in a sample of six states with varying laws and found that turnout decreased more in the two states with voter-ID laws—Kansas and Tennessee—than in the four without—Alabama, Arkansas, Delaware, and Maine. The difference is attributable to the ID laws, the report says.

But not all voters are affected equally by these laws. In both Kansas and Tennessee, turnout was particularly low for voters between 18 and 23, African-American voters, and new voters—individuals who had registered within the year before an election. GAO is careful to note that these results cannot yet be generalized further than these two states.

Regulators must balance a need to keep elections fair with the constitutional requirement that all eligible voters be afforded an equal opportunity to cast a ballot. As debate continues over restrictive voting laws—some consider them discriminatory; others think they’re necessary—empirical evidence can help lawmakers correct biased regulations and strike that delicate balance.