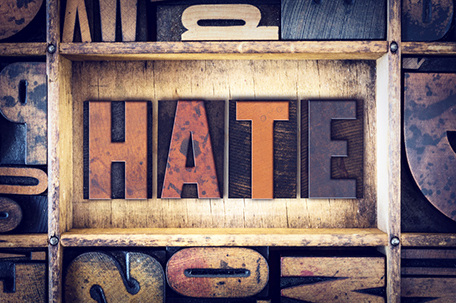 CHICAGO — Four Black people were charged with hate crimes Thursday in connection with a video broadcast live on Facebook that showed a mentally disabled White man being beaten and taunted, threatened with a knife and forced to drink from a toilet.

The assault went on for up to two days, until Chicago police found the victim “in distress” walking along a street, authorities said.

The suspects, who are in custody, can be heard on the video using profanities against White people and President-elect Donald Trump.

Police spokesman Anthony Guglielmi said authorities initially believed the man was singled out because he has “special needs,” not because he was White, although Guglielmi acknowledged the suspects made “terrible racist statements.”

It’s also possible that the suspects were trying to extort something from the victim’s family, Guglielmi said.

The victim was a classmate of one of the attackers and initially went with that person voluntarily, police said.

“He’s traumatized by the incident, and it’s very tough to communicate with him at this point,” police Cmdr. Kevin Duffin said.

Excerpts of the video posted by Chicago media outlets show the victim with his mouth taped shut slumped in a corner as at least two assailants cut off his sweatshirt and others taunt him off camera. The video shows a wound on the top of the man’s head, and one person pushes the man’s head with his or her foot. A red band also appears to be around the victim’s hands.

Off-camera, people can be heard using the profanities. At least one woman is shown in the video.

During the video, the victim does not appear to make any attempt to defend himself or to escape his attackers.

He is a suburban Chicago resident described by Police Superintendent Eddie Johnson as having “mental health challenges.”

Johnson described the video as “sickening.”

“It makes you wonder what would make individuals treat somebody like that,” he said Wednesday at a news conference.

The grandmother of a young woman associated with the video said the granddaughter she raised from infancy is “not this person.”

“I’m so upset, my head is about to bust open,” said Priscilla Covington of Chicago. “I don’t know if someone influenced her … She had her ups and down. (She) was a good person. I’m so confused.”

In Washington, White House press secretary Josh Earnest said the beating demonstrated “a level of depravity that is an outrage to a lot of Americans.”

He said he had not yet spoken to President Barack Obama about the incident in the president’s hometown.

The investigation began Monday after officers found a man “in distress” and “in crisis” walking on a street on the West Side, Capt. Steven Sasso said.

The man was taken to a hospital, and it was later discovered that he had been reported missing from an unidentified suburb.

At about the same time, police took several people into custody at a nearby address where they found signs of a struggle and property damage. Investigators determined that the missing man had been at the same address.

Cook County prosecutors identified the suspects as Jordan Hill of suburban Carpentersville, Brittany Covington of Chicago and Tesfaye Cooper of Chicago, all 18. A fourth suspect was identified as 24-year-old Tanishia Covington, also of Chicago.

The video emerged at a time when police dealings with Chicago’s Black community are being closely watched. Less than a year ago, the nation’s third-largest police force was sharply criticized by a task force for using excessive force and honoring a code of silence.

The department has also been the subject of a long civil rights investigation by the Justice Department, which is expected to report its findings soon.