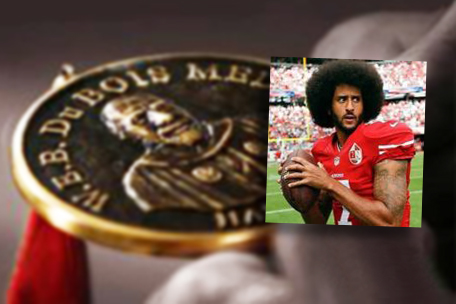 Colin Kaepernick, the former San Francisco 49ers quarterback, who has sparked a dramatic split between National Football League fans by taking a knee during the National Anthem before NFL games to protest police brutality, will receive the W.E.B. Du Bois Medal from the Hutchins Center at Harvard University.

All of the Du Bois medalists have made significant contributions to African and African-American history and culture, and more broadly, are individuals who advocate for intercultural understanding and human rights in an increasingly global and interconnected world.