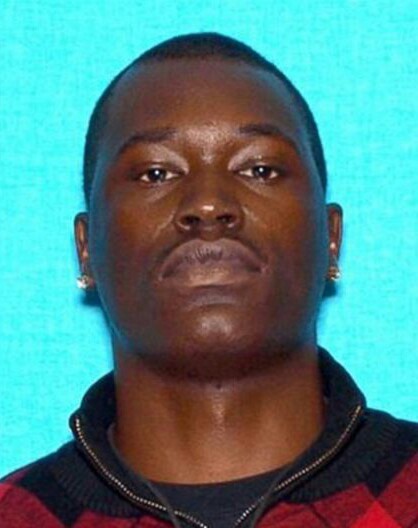 Police have identified the gunman who shot a woman dead and injured six other churchgoers after he opened fire Sunday morning at a Tennessee church as services were ending.

The shooting at Burnett’s Chapel Church of Christ in Antioch, Tennessee, started in the church’s parking lot, according to police and the Nashville Fire Department. Nashville Metro police spokesman Don Aaron said emergency calls came in around 11:15 a.m. as services were letting out.

The gunman, identified by police as 25-year-old Emanual Kidega Samson, arrived in the parking lot and first fatally fired at 39-year-old Melanie Smith, who was walking to her car, police said. He was wearing a neoprene half-mask and drove an SUV, Aaron said.

After gunning down the woman in the parking lot, Samson went inside the rear of the church and began “indiscriminately shooting at people,” police said, setting off multiple rounds and wounding six people.

A church usher, identified as 22-year-old Robert Engle, ran up and confronted Samson and was subsequently pistol-whipped by him, police said. Samson was at some point shot in the left pectoral, though police still don’t know if the gun discharged on its own during Engle’s struggle with the suspect.

At that point, Engle went to his car, where he got his weapon to confront the shooter again.

Police said Samson had attended the church within the past two years. He has been released from a local hospital and will be charged with murder and attempted murder, police said.

All seven of the wounded were taken to area hospitals. Five of them were sent to Vanderbilt Medical Center and one to Skyline Medical Center.

Vanderbilt Medical Center said in a statement after the shooting that its emergency medicine physicians and trauma center surgeons are caring for two critically injured gunshot victims, and another four individuals who are currently in stable condition.

Nashville Christian School released a statement on Sunday, saying, “As you may already know, one of our Bible teachers, Joey Spann, and his wife were both injured in the church shooting this morning at Burnette Chapel Church of Christ in Antioch. We do not have any additional information at this time but want to boldly ask you to pray. Please lift up Coach Joey Spann and his wife Peggy and all who have been injured or impacted by this tragic event.”

Nashville Mayor Megan Barry released a statement on Sunday: “This is a terrible tragedy for our city,” she said. “My heart aches for the family and friends of the deceased as well as for the wounded victims and their loved ones. Their lives have been forever changed, as has the life of their faith community at Burnette Chapel Church of Christ.

“My administration, especially the Metro Nashville Police Department, will continue to work with community members to stop crime before it starts, encourage peaceful conflict resolution, and promote non-violence,” she added.