Guest Commentary: Is this Anita Hill #2? 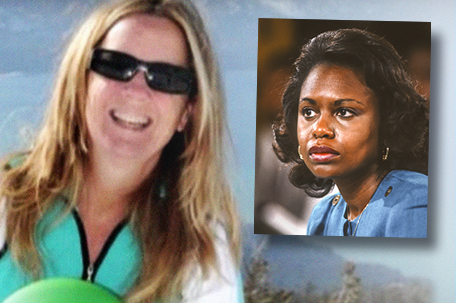 I’m saddened by what I’m seeing regarding Dr. Christine Blasey Ford. We’re seeing many of the same elderly White men who brutalized Anita Hill years ago doing the same thing to Dr. Ford. Anita was a very credible accuser against Judge Clarence Thomas; yet, she faced brutal attacks from both parties, and yes, at least one Democrat! Joe Biden later apologized, and did a lot in support of women since that time. That’s evidence of change that we’ve not seen from folks like Senators Orrin Hatch, Charles Grassley and others. The attacks on Dr. Ford are already heading in a direction to discredit Dr. Ford as were the efforts to discredit Anita Hill. Dr. Ford has been harassed and getting death threats. Hatch says, “This woman, whoever she is, is ‘mixed up’.”

Dr. Ford was right to want an investigation before telling her story in a Senate hearing. Isn’t that the way our laws work? Why is Judge Brett Kavanaugh’s case being rushed through to confirmation when serious conduct is alleged? We’re talking about the possibility of having a lifetime appointment where he’s given us every reason to believe he’s waiting to take away the few rights women have.

It is strongly believed that #45 has struck a deal with him to do a lot of his dirty work, including keeping him from being convicted of some very serious crimes — some of which are against women. #45 is undermining our democracy and getting away with things for which others would already have been sent to prison.

Dr. Ford’s life has been seriously disrupted. All she asked was for the FBI to gather evidence in her case before she goes into the snake pit for a hearing before the Senate. She has a right to be evaluated fairly rather than having a bunch of mean men grilling her as though she’s the accused instead of the victim. Her life and her reputation are in jeopardy. She’s received ferocious attacks and had to move from her home.

Many White women have agreed they betrayed Black women in voting for #45 in 2016; however, many also admit they’ve had it and feel they have an obligation to undo what they helped to do in the last Presidential election.

#45 thought that Kavanaugh would be the judge to save him and that he would be confirmed without a real contest. Now #45 seems to be deserting Kavanaugh. He says we need to hear both sides! That’s such a deviation. Normally to him, there is only one side and that’s his side. Now, he thinks both sides should be heard! Do you think he said that out of fear he could be next?

The investigation into Dr. Ford’s allegation about Judge Kavanaugh is essential if the Senate is truly seeking justice. Listening to all of the Senators’ threats about going ahead to a vote if Dr. Boyd did not show up when she was told to do so was so sexist, so dictatorial when they had given her so little time to leave California, consult a lawyer and come across country to Washington, DC.

The spectacle of so many men ordering a woman to bend to their will, thinking she would not come is so sad. Maybe these men have a way out if Dr. Ford does not attend the hearing. Maye she’ll pack up and come to Washington despite the injustice of the way she was treated. We can be sure Dr. Ford will face a gigantic effort to discredit her, but fortunately there’re enough fair-minded people in the Senate to overrule them this time and avoid Anita Hill #2.

Dr. E. Faye Williams is president of the National Congress of Black Women, Inc. She is also host of the WPFW-FM 89.3 program called “Wake Up and Stay Woke.” www.nationalcongressbw.org. 202/678-6788.