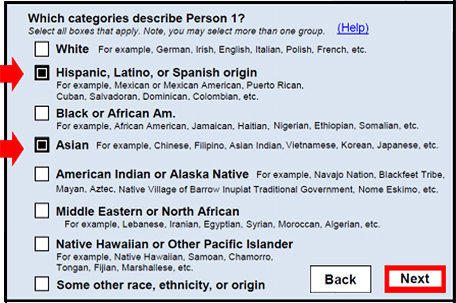 “We will not allow our community to cower in fear,” exclaimed Arturo Vargas, executive director of the NALEO Education Fund, voicing his opposition to Commerce Secretary Wilbur Ross’s decision ask respondents to the 2020 Census if they are American citizens.

In a conversation with Ross on March 13, Vargas said he shared “what he knew” from speaking with Latino community leaders who reported their constituents being wary of participating in the census even before the addition of the citizenship question was proposed.

Vargas’s stance, echoed by other panelists on a media telebriefing organized by the Leadership Conference on Civil and Human Rights and Ethnic Media Services, is that the administration’s initiatives to aggressively deter immigration will not only yield a lower census response rate, but, as an inevitable consequence, a reduction in the allocation of federal dollars to the very communities most in need.

As the panelists emphasized, the constitutionally decennial mandated census objective is to accurately count the number of people residing in America, not the number of its citizens.

Vanita Gupta, president and CEO of the Leadership Conference, explained that “data collected through the census determines how House [of Representatives] seats are set and informs decisions about the allocation of funding to support state and local community resources like schools, hospitals, education, and transportation.”

Gupta also took aim at other factors, she argued, which could negatively impact the census, including current underfunding of the 2020 Census itself and delays in implementing census partnership and communications outreach programs tailored to reach communities with historically undercounted persons.

Latinos are more apt to be undercounted at a rate three times that of Anglo Americans and, as Vargas explained, of the one million children uncounted in the 2010 census, 400,000 were Latino. Asian Americans, Native Americans, and low-income communities generally suffer from less than fully funded federal monetary allocations to their communities due to inaccurate data. 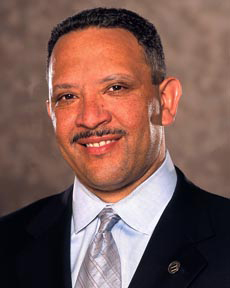 Typically, counting Americans in sometimes remote rural areas often brings unique challenges to data collection efforts as well. And, as panelist Marc Morial observed, African-Americans also, despite their centuries of citizenship status, historically have been disenfranchised politically and economically by census undercounts. African-Americans are more likely to be undercounted than Anglo Americans who were overcounted in 2000 and 2010.

Morial, president and CEO of the National Urban League, is calling on African- Americans to up their participation in the 2020 Census and to “not forget their children” — who were undercounted by 6.5 percent in the 2010 census — when complying with data collection efforts.

Morial especially decried what he termed “prison-based gerrymandering” which occurs when prisoners are counted as residents of the jails and prisons where incarcerated rather than in the homes where they reside otherwise.

For example, if Louisiana were a country, it would rank number two as the world’s leader in the rate of incarcerating its own residents, only recently edged out of the number one spot by the District of Columbia, the nation’s capital. A former Louisiana state legislator and a past mayor of New Orleans, Morial said he is keenly aware of how some of Louisiana’s predominantly Anglo parishes reap the benefit of tax dollars derived from their African-American prisoners. “These are dollars that should be flowing back to towns and communities where African Americans live,” Morial said.

An investigative report by The Times-Picayune shows how, through monetary profit-sharing arrangements for local sheriffs, the private prison industry has incentivized longer sentences and higher rates of incarceration in Louisiana.

Morial, a past chair of a presidentially — appointed advisory committee on the census, said the issue of prison-based gerrymandering had received more comments than on any other census question issue during his tenure. He had high expectations that the Census Bureau would have considered steps to end that practice, especially if the decision had been left to the Census Bureau’s professional staff. He said his hopes have been dashed under the Trump administration. “The census has been politicized,” Morial contended.

“The census undercount began with [enslaved] African Americans relegated to being considered only three-fifths of a person in the first census,” Morial said, “and now the practice of prison-based gerrymandering has become one that is largely an African-American issue, regardless of our political affiliation. We have to begin look at some other remedies to force the issue.”

Morial did not specify whether litigation would be an option to address prison-based gerrymandering, but he wholly supported the panelists who said they are intent on pursuing litigation against Ross and the Census Bureau on the citizenship question. Those actions would augment lawsuits already initiated by Maryland, Virginia, and the District of Columbia, among others, including The U.S. Conference of Mayors which includes prominent Republican members.

At the heart of the disputed census citizenship question is the issue of trust between the U.S. government and America’s residents. One reporter asked whether census data could again be used to assist U.S. government agencies in detaining immigrants as occurred with Japanese Americans at the onset of World War II.

John Yang, president and executive director, Asian Americans Advancing Justice, said, “The confidentiality and privacy provisions have been strengthened greatly since that time in direct response to what happened – that travesty that happened during World War II.”

The Census Bureau is prohibited from sharing census data, a ban that extends to the IRS, Homeland Security and U.S. Immigration and Customs Enforcement, Yang asserted. He said American residents have an obligation to assure the best census, an outcome that would accrue to the benefit of all, including to Asian Americans who have the highest growth rate of ethnic communities in the United States.

From Arturo Vargas’s perspective, the damage to the trust between the U.S. government and its peoples has already been done by even raising the citizenship question – even if the parties litigating against Commerce Secretary Ross and the Census Bureau are successful.

“I see it every day,” Vargas, said, “that people are afraid of their own government.”