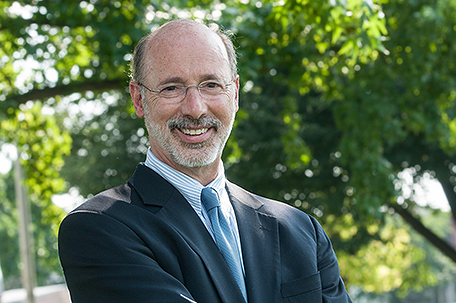 Pennsylvania Governor Tom Wolf has expressed concern at the ruling by the United States Court of Appeals for the Fifth Circuit in the Texas v. Azar case. On December 18, the court issued a ruling striking down the Affordable Care Act’s individual mandate and sent the case back to the District Court judge who previously invalidated the law in its entirety. If the Affordable Care Act is eliminated, 1.1 million Pennsylvanians could lose health insurance coverage.

“This lawsuit by Republican Attorneys General puts vital consumer protections and access to care at serious risk,” he continued. “We should be working in a bipartisan way to make coverage and prescription drugs more affordable.”

“The Obama Administration and Congress drafted the Affordable Care Act to address problems with our country’s health insurance system,” Altman said. “The ACA isn’t perfect, but it significantly changed the landscape of healthcare in this country by providing options for millions of Americans, including those most vulnerable, and especially those with pre-existing conditions.”

“Today’s Texas v. Azar ruling threatens to compromise this progress, potentially ripping away healthcare for millions of Americans,” she continued. “The three-judge panel decided not to rule one way or another, but rather place the lawsuit back with a judge who previously ruled against the law in its entirety.

“The fact that we are even at this point today, where politicians and courts have jeopardized people’s lives and livelihoods, is a national embarrassment, ” Altman said in conclusion. “The motive of this lawsuit may have been political, but we cannot forget the costs that will be paid are human ones. No longer would health insurance guarantee access to maternity care, prescription drugs, or mental health and substance use disorder treatment. Those bringing this suit do not have a backup plan, and if their cavalier actions are ultimately successful, the American people will pay the price.”

“The ruling by the Fifth Circuit Court in Texas v. Azar continues the dangerous uncertainty for our health care system and further traps the millions of people who rely on the individual markets and Medicaid expansion every day in the middle of more uncertainty,” Miller said. “Because of this decision, health care remains in jeopardy for the nearly 700,000 Pennsylvanians who can access health care because of Medicaid expansion.”

“The endless attempts to dismantle the Affordable Care Act have a destabilizing effect that creates confusion and insecurity among people who rely on this law,”she continued. “People may go without coverage or care, which endangers their health and financial well-being. They don’t want to be in the middle of a reckless political game. They want to be healthy – something we all deserve.”

“Today’s decision will only perpetuate the concerted, bad-faith attacks on the Affordable Care Act that jeopardize the security that the individual market and Medicaid expansion bring to so many people in Pennsylvania and around the country,” Miller said in conclusion. “We must put aside political grudges and remember what is really at risk here: the health and well-being of millions of adults and children around the country.”

The ruling keeps the legal threat of dismantling the healthcare law alive. However, while the legal process continues, consumers should know this ruling does not change the coverage they have or the coverage available to them through the Affordable Care Act.

An Important Message on the Affordable Care Act from Mayor Kenney