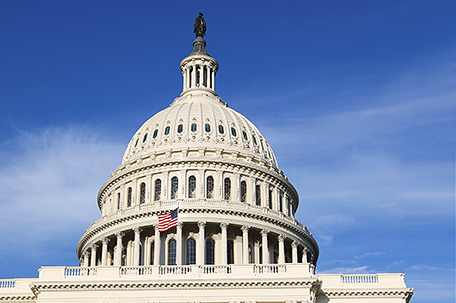 It looks like the government shutdown will end soon.

The Senate has advanced a bill reopening federal agencies through Feb. 8 after Democrats relented and lifted their blockade against the legislation.

The shutdown began Saturday after Democrats derailed a Republican measure that would have kept government open until Feb. 16. Democrats wanted to pressure the GOP to cut a deal protecting young immigrants from deportation and boosting federal spending.

Moderates from both parties pressured leaders to end the shutdown and compromise.

The Senate vote was 81-18 — well above the 60 votes needed. The Senate still must vote on final passage to send the bill to the House.