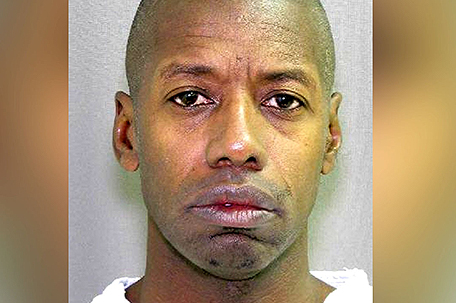 GARY, Ind. — Police investigating the slayings of seven women whose bodies were found in northwest Indiana over the weekend said Monday they believe it is the work of a serial killer, and that the suspect has indicated there could be more victims going back 20 years.

The Lake County prosecutor’s office on Monday charged 43-year-old Darren Vann of Gary, Indiana, in the strangulation death of 19-year-old Afrikka Hardy. Her body was found Friday night at a Motel 6 in nearby Hammond.

Gary officials were expected to charge Vann later this week in the deaths of six more women, whose bodies were found Saturday and Sunday. Hammond Police Chief John Doughty said at a news conference that Vann confessed to Hardy’s slaying and gave police information that led to the other bodies in Gary, including three on the same block.

Vann was a convicted sex offender in Texas, where he pleaded guilty in 2009 to raping a woman and was released from prison in July 2013.

The Austin Police Department issued a statement Monday saying it would review missing persons and cold cases to determine if there could be a link to Vann and asked anyone with information to come forward.

Doughty said police have no specific indication that any slayings have occurred in another state, and the Gary slayings appeared to have happened recently. He said Vann is cooperating with investigators in the hope of making a deal with prosecutors.