Our future is on the ballot in this election year 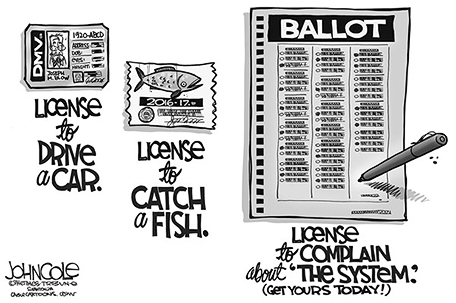 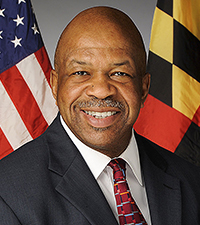 As I consider the consequences for our future during this critical election year, it is no overstatement to observe that our future will be on the ballots that will be cast on Election Day this November just as surely as will be the candidates for office.

The virtually nonstop television coverage of the presidential candidates has focused on their personalities and temperament, more often than on the policies that they are espousing.

Yet, even the less than comprehensive analyses of their vision for our country reveals the dramatic difference in their priorities.

For the Democrats, former Secretary of State Hillary Clinton and Sen. Bernie Sanders (each with an extensive history of standing with us in our efforts to build better lives) are vigorously competing for the votes of Americans of Color.

Like President Barack Obama and Democrats in the Congress, Hillary Clinton and Bernie Sanders understand that significant changes in the priorities and laws of our country are needed if we truly are to move toward liberty, justice and opportunity for all Americans.

Their major contrasts as candidates reflect their differing judgments regarding the speed and the extent of the transformation that our nation is prepared to accept.

In sharp contrast, however, for Republicans Donald Trump, Sen. Ted Cruz and Ohio Gov. John Kasich, it is as if Americans of Color do not exist.

In this absence of concern for our lives from their campaign talking points, the Republicans have been straightforward:  They simply do not care about us, our families or our votes.

At their worst, two of the Republican candidates have attempted to scapegoat people of color for their own political gain.

When viewed in the context of recent political battles in Washington, it is clear that this divergence between Democrats and Republicans goes far deeper than the political calculations of presidential campaigns.

America has reached another crossroads in our national journey — and, as I have been arguing in recent months, Americans of Color can have a major influence upon which fork in history’s road our nation will choose to take.

If we register and vote in record numbers this year, we can win a central place for our objectives in the nation’s priorities — as well as elect the person most qualified to serve as President of the United States.

If, on the other hand, our votes are suppressed by what the Rev. Dr. Martin Luther King Jr. once termed “conniving methods to deny our votes,” or if we disenfranchise ourselves by failing to register and vote, then our future will be far more daunting.

Voter suppression is a serious obstacle that we must overcome in this election year if our choices as American citizens are to be confirmed.

Whether the method of suppression is Voter ID laws, politically motivated purging of the voter rolls, restrictions upon early voting, or conscious decisions that result in hours-long lines at minority polling places, the clear objective of voter suppression is to deny America’s new majority the electoral victory that will advance our cause.

For example, according to a lawsuit filed by the Ohio branch of the American Civil Liberties Union this month, two million voters have been removed from the Ohio voter rolls during the last five years — including 40,000 largely low-income and minority voters living in Ohio’s largest county who were disenfranchised in 2015.

Our principles and self-interest as Americans demand that we continue to challenge attempts to limit our voting power in every arena where suppression raises its ugly head, whether in the Congress, our state legislatures, our polling places, or, as in the case of Ohio, in our courts.

Our determination to assure that every citizen can vote and that every vote is counted will be especially important here in Maryland and in the other states in which African American voters provided President Obama’s entire margin of victory in 2012: Florida, Michigan, Nevada, Ohio, Pennsylvania and Virginia.

At the same time, in these states and across our great nation, we must take civic responsibility for ourselves and our communities.

Unlike those states that have attempted to suppress our voting power, Maryland legislators have made real progress in making it convenient for every Maryland citizen to register and vote.

For example, our state offers us the ability to initiate the voter registration process on the Internet through Maryland’s Online Voter Registration System (OLVR) — and those of us who wish to confirm our status as voters can do so at https://voterservices.elections.maryland.gov/votersearch.

Our future is on the ballot this year — and we have the power to choose the future direction that will best serve our families and the generations of Americans yet to be born.

The opinions, beliefs and viewpoints expressed by the writers do not necessarily reflect the views, opinions or beliefs of the Philadelphia Sunday SUN or its advertisers.

We can make the future come faster in the South