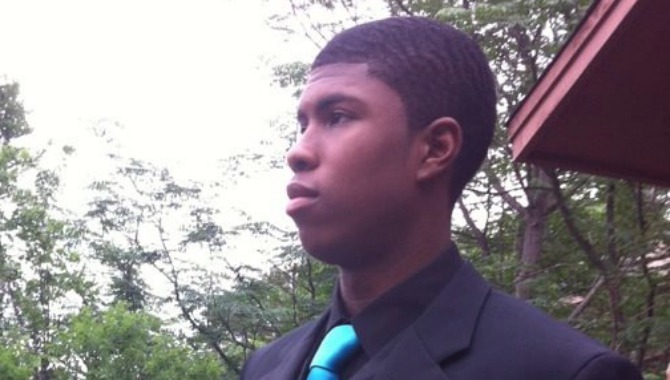 AUSTIN, Texas (AP) — A funeral for the American tourist who was fatally beaten in Greece took place Saturday in his hometown of Austin, Texas, King-Tears Mortuary, the funeral home handling the body, confirmed.

The service began at 11 a.m. Saturday at Greater Mount Zion Baptist Church in Austin, according to King-Tears Mortuary.

Greek police say 22-year-old Bakari Henderson was beaten to death outside a bar July 7 on the Greek island of Zakynthos. Henderson had recently graduated with a bachelor’s degree in business administration from the University of Arizona and was in Greece working on a photo shoot to launch a clothing line, his family said. Friends described him as fun-loving with a friendly demeanor.

“It’s not in his character at all to be aggressive or instigate anything,” Gramlich said. “He’s always the guy who is calming people down, really.”

Greek police spokesman Theodoros Chronopoulos has said that the exact cause of the fight was unclear, but that it started shortly after Henderson took a selfie with one of the bar’s waitresses.

A fight broke out and Henderson was chased down the street. Video footage from a security camera that aired on Greek television shows Henderson running down the sidewalk and being pursued. One man tackled him, throwing him onto a parked car before others joined in the beating. Some in the group attempted, and eventually did, stop the others from beating Henderson.

Police have confirmed the authenticity of the video.

Also Saturday, the last suspect charged in Henderson’s death appeared in court and was ordered to remain in custody pending trial. The 33-year-old Serbian man is among nine people, all ages 18 to 34, charged in the fatal beating.

A total of seven suspects — five Serbs, one British citizen of Serb origin and a Greek — have been jailed. Two 22-year-old Serbs have been released on bail of 5,000 euros ($5,730). No trial date has been set.