From Black Wall Street to the Black Dollar Project 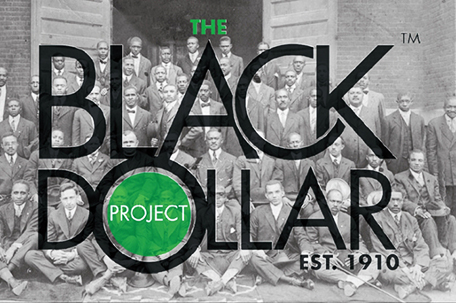 Despite historically high unemployment rates, African Americans have shown resiliency in their ability to persevere as consumers.

In 2013, the National Newspaper Publishers Association (NNPA) collaborated with Nielsen to create a report and compile Nielsen’s third installment called, “The African American Consumer Report,” which showed the spending habits of the African American consumer. Most importantly, the report revealed and calculated the annual buying and spending power of African Americans in the United States.

According to the report, the African American population in the United States reached almost 43 million in 2012, representing approximately 13.7 percent of the U.S. population. Black buying power continues to increase, rising from its current $1 trillion level to a forecasted $1.3 trillion by 2017, which keeps Black consumers at the forefront of social trends and media consumption.

Many retailers and Fortune 500 companies have developed African American advertising teams and have also dedicated significant amounts of resources towards tapping into the steadily increasing buying power of Black consumers. These major institutions and corporate juggernauts have the resources and totally understand the importance of advertising to Black consumers; however the majority of African American businesses, here in the United States, cannot boast the same successes and ability to effectively reach the African American consumer. 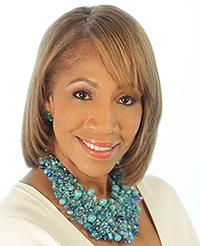 Black Wall Street was the name given to Greenwood Avenue, located in Tulsa, Oklahoma, where starting in 1910, this 35 square block area was both admired and envied by many individuals because the circulation of Black dollars within the Black community produced a tremendously prosperous and wealthy group of Black families and a vibrant Black community. What made Black Wall Street so powerful is that the Black dollar circulated anywhere from 36 to 1000 times, sometimes taking a whole year before the money left the community.

African Americans had been subjected to segregationist policies during the early 1900’s, therefore Black people were forced to live amongst each other, shop and spend money with one another. Since African Americans could not live with White people or patronize White businesses in Tulsa, this forced interaction caused Black Wall Street to thrive to the point where Blacks had to develop a completely separate business community. Investing African American dollars back in their own community, and seeing their community become the envy of America, produced a sense of accomplishment, pride and self-sufficiency.

Sadly, the worst act of racial violence in American history occurred on June 1, 1921, when Black Wall Street was burned to the ground by a mob of angry Whites, after newspaper reports wrongly claimed that a Black shoeshine boy by the name of Dick Rowland had sexually assaulted a 17-year-old White girl named Sarah Page in the lift of the office block where they both worked. A White lynch mob decided they would take matters in their own hands and tried to kill Rowland, which ultimately led to a confrontation between the Black and White communities and one of the most intentional genocides of Black people in American history.

The attack left more than 3,000 African Americans dead and nearly 600 African American successful business destroyed. Roughly 10,000 Black people were left homeless and more than 1,000 houses burnt to the ground. After the Tulsa riot, the White inhabitants tried to buy the property from the African Americans and force them out of town. No bank or lending institution would make loans to the African American residents of Black Wall Street and the city of Tulsa refused to allow anybody from the outside to offer them any assistance. Seeking to rebuild and restore their once prosperous neighborhood, many of the owners refused to sell and most of the buildings along the first block of Greenwood Avenue were rebuilt within one year.

Unfortunately, no other African American community has been able to consistently replicate the economic strength and fortitude exhibited during the times of Black Wall Street, although many attempts have been made.

In order to get back to the same level of strength, as that of Black Wall Street, Black businesses must change their current business model and seek to establish meaningful connections with Black consumers, many of which have no dedicated loyalty with their dollars. 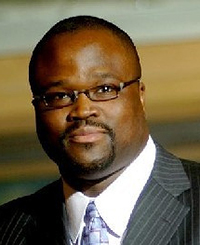 The average income for African American households nationwide is $47,290, with 35 percent of those African American households earning $50,000 or more. Sadly, according to an analysis of 2009 Census data provided by the Pew Research Center and cited by the Associated Press, the median wealth of white U.S. households in 2009 was 113,149, compared to $5,677 for Blacks. The wealth gap between white Americans and Black Americans is the widest that it has been in a quarter-century, with White households having over 20 times the net worth of Black households.

The Nielsen report found that if African Americans in the United States had their own country, their over $1 trillion in annual buying power would make them the 16th largest country in the world. The lack of Black consumer’s financial support of African American businesses should help everyone understand why the wealth disparity numbers exist within the Black community the way they do. Small businesses are the backbone of America. They create jobs and support communities. Black people must support Black businesses to ensure long-term sustainability.

As a Black consumer, these wealth disparity figures should serve as a wake-up call, as well as an opportunity to use these statistics to better understand the power that they possess with their Black dollar. Black people play a powerful role in the overall economic infrastructure of the United States and each purchasing decision Black consumers make has an impact on the bottom line of every company in America.

On the flip-side, African American businesses must invest in themselves in order to strengthen their brand and effectively reach the Black consumer by creating an advertising budget and joining a branded network that helps Black businesses and Black consumers better understand the shopping, buying, viewing, digital, and mobile trends of the African American consumer.

Since the times of Black Wall Street, and as a result of slumping revenues, many African American businesses that once gainfully employed Black people and kept the communities strong, have since closed their doors for a variety of reasons. For many African American businesses, they were forced to sell off their business because of a lack of adequate revenue or simply because their children refused to carry on the torch, considering it easier to cash out instead of continuing the legacy.

In order for any Black business to survive in today’s economy, they must have a consistent stream of revenue, as well as continued support from the community and customers they serve, if they hope to be around more than a few years.

In a famous speech in 1925, President Calvin Coolidge said, “The chief business of the American people is business.”

While Black people have the right, as American citizens, to spend their money where they want and how they choose, making the decision not to support Black businesses contributes to the extinction of those Black establishments. The same thing applies to African American businesses. There are so many Black consumers who want to spend their money with African American businesses, but they don’t know how to locate them, primarily because most Black businesses don’t advertise or market their products and services. If Black consumers don’t know where Black businesses are located and how to patronize them, then they are hurting themselves.

Having a collective voice and a systematic approach to bridging the gap between Black consumers and the Black business community is the key. The Black Dollar Project is that vehicle.

The Black Dollar Project is a business initiative that was created to address the need for stronger business relationships and alliances through commerce in the African American community between business owners and consumers that spearheads steady economic growth and empowerment. Studies show that when a community chooses to participate in a conscientious initiative to support businesses in their own community by purposefully spending money with those businesses and stimulating economic growth, then the community is positively affected.

The Black Dollar Project’s primary goal is to assist in creating meaningful and beneficial economic empowerment in the African American Community that leads to exceptional growth and sustainability. Black businesses and Black consumers will be educated and empowered through forums and seminars and African Americans businesses will finally be able to advertise and target the African American consumer the same way that Fortune 500 companies do, without having to have a significant advertising budget.

Through a solid partnership with business organizations, such as the Texas Business Alliance and many others, along with partnerships with media outlets such as the Houston Forward Times, the initiative will drive Black consumers to become more conscious about spending their money and supporting Black businesses and allow Black consumers to receive better services to their community without waiting or asking someone else to assist in bettering that community.