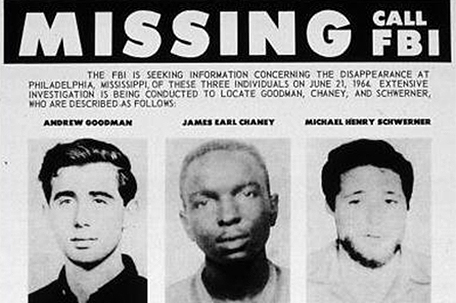 Congregations are being invited to make Sunday, Sept. 21, 2014, into Freedom Sunday, a celebration of citizen rights in the United States and a day to kick off non-partisan congregational voter registration and education programs.

The movement is concentrating especially on congregations that are predominantly African American, where the memories of the Freedom Summer of 1964 are more likely to be widely remembered. That was the summer when Freedom Riders of many races came to the American South to help African Americans register to vote. Their work helped lead to the Voting Rights Act of 1965 – and reaction against their work caused the martyrdom of Freedom Riders Michael Schwerner, 24, of New York, James Chaney, 21, from Mississippi, and Andrew Goodman, 20, of New York, who disappeared near Philadelphia, Mississippi, June 21, 1964. Their bodies were later found buried in an earthen dam.

“What we know from our history is that if we do not vote, we do not count with those making decisions impacting the Black community,” says the Rev. Dr. Barbara Williams-Skinner, who is organizing Freedom Sunday through Williams-Skinner’s Skinner Leadership Institute.

Williams-Skinner is the co-founder, with her late husband, Tom Skinner, of Skinner Leadership Institute. Joshua DuBois, former director of the White House Office for Faith-Based Partnerships, is helping to spread information about Freedom Sunday through his organization, Values Partnerships.

Free organizational materials, including videos from the 1964 Freedom Summer, suggestions of sermons on justice and information on reaching potential young voters is available by signing up for the Freedom Sunday Pledge and Registration online. The non-partisan event also encourages congregations to organize rides to the polls and other ways to help members exercise their rights of citizenship.

Registration and turnout among white and black voters is running about the same, with about two-thirds of registered black and white voters making it to the polls for the last two presidential elections in 2008 and 2012, and 80 to 85 percent of eligible black or white voters registered.