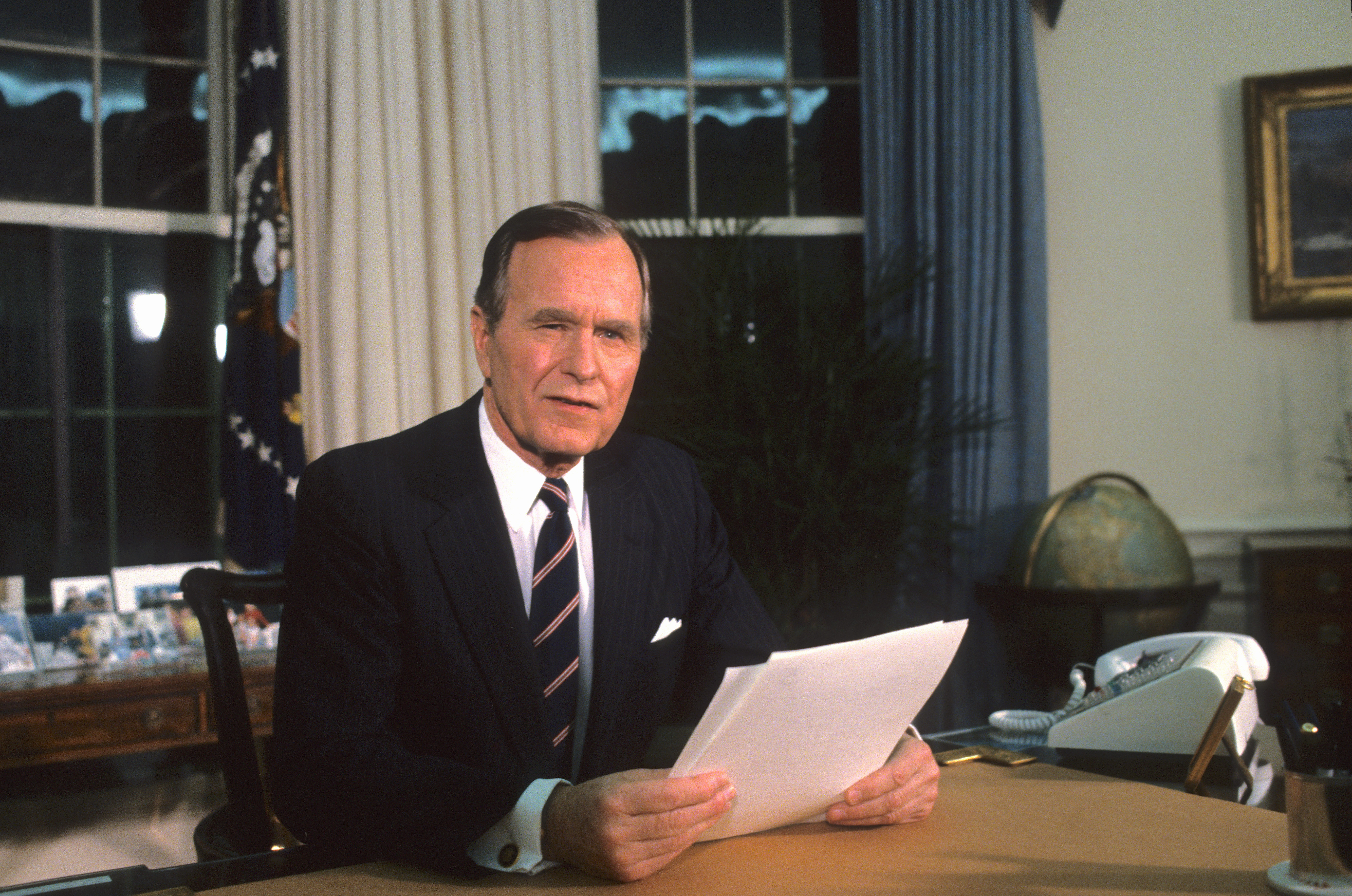 HOUSTON (AP) — George H.W. Bush, a patrician New Englander whose presidency soared with the coalition victory over Iraq in Kuwait, but then plummeted in the throes of a weak economy that led voters to turn him out of office after a single term, has died. He was 94.

The World War II hero, who also presided during the collapse of the Soviet Union and the final months of the Cold War, died late Friday night at his Houston home, said family spokesman Jim McGrath. His wife of more than 70 years, Barbara Bush, died in April 2018.

The son of a senator and father of a president, Bush was the man with the golden resume who rose through the political ranks: from congressman to U.N. ambassador, Republican Party chairman to envoy to China, CIA director to two-term vice president under the hugely popular Ronald Reagan. The 1991 Gulf War stoked his popularity. But Bush would acknowledge that he had trouble articulating “the vision thing,” and he was haunted by his decision to break a stern, solemn vow he made to voters: “Read my lips. No new taxes.”

He lost his bid for re-election to Bill Clinton in a campaign in which businessman H. Ross Perot took almost 19 percent of the vote as an independent candidate. Still, he lived to see his son, George W., twice elected to the presidency — only the second father-and-son chief executives, following John Adams and John Quincy Adams.

The 43rd president issued a statement Friday following his father’s death, saying the elder Bush “was a man of the highest character.”

“The entire Bush family is deeply grateful for 41′s life and love, for the compassion of those who have cared and prayed for Dad,” the statement read.