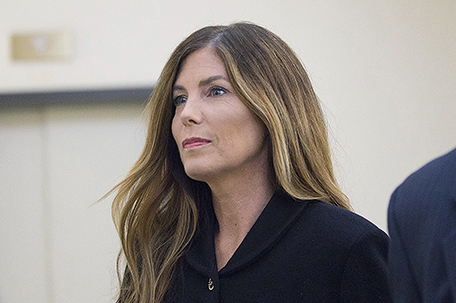 Kane arrived at the Montgomery County Correctional Facility just before 8 a.m. to begin a 10- to 23-month term for perjury, obstruction and other counts.

The 52-year-old from Scranton had once been considered a rising political star in the state after becoming the first Democrat and first woman to be elected the state’s top prosecutor.

A county judge appointed a special prosecutor to investigate Kane after former prosecutors with the attorney general’s office alerted him that secret grand jury material had been leaked to a newspaper.

She resigned following her 2016 conviction but was allowed to remain out on $75,000 bail pending appeals.

The state Supreme Court on Nov. 26 declined to take up her case, leading a county judge to revoke her bail.

Kane had argued before the lower-level Superior Court that she should have been allowed to use in her defense a pornographic email scandal within the attorney general’s office and the wider judicial community and evidence concerning to the Jerry Sandusky child molestation case that her former office prosecuted before she was elected.

Kane had been critical of the Sandusky investigation while running for office in 2012, creating resentment among prosecutors in the case who told the judge about the grand jury leaks.

Kane’s other appeals arguments included that she was not allowed to prevent all Montgomery County judges from handling her case, and claims that evidence against her was illegally obtained and that she had been the victim of selective and vindictive prosecution.