For McCain, a cross-country farewell from public, presidents 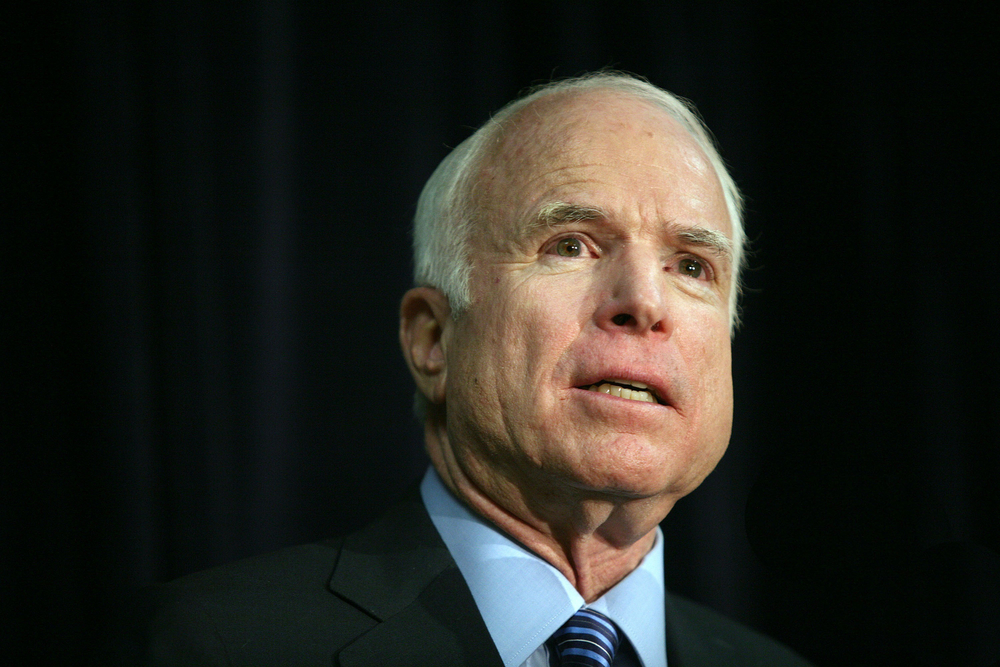 WASHINGTON (Associated press contributed to this story) — Presidents George W. Bush and Barack Obama are expected to speak at Sen. John McCain’s service and he will lie in state in both the nation’s capital and Arizona as part of a cross-country funeral procession ending with his burial at the U.S. Naval Academy, according to plans taking shape Sunday.

McCain had long feuded with President Donald Trump, and two White House officials said McCain’s family had asked, before the senator’s death, that Trump not attend the funeral services. Vice President Mike Pence is likely to attend, said the officials, who spoke on condition of anonymity to describe private discussions.

A day after McCain died of brain cancer at 81, his family, friends and congressional and state leaders were working out details of the farewell to the decorated Vietnam War hero, prisoner of war and six-term senator.

His office said that McCain will lie in state in the Arizona State Capitol on Wednesday. A funeral will be conducted at North Phoenix Baptist Church on Thursday with former Vice President Joe Biden speaking.

The procession will then head to Washington, where McCain will lie in state in the Capitol Rotunda on Friday with a formal ceremony and time for the public to pay respects. The next day, the procession will pass the Vietnam Veterans Memorial and head to a funeral at Washington National Cathedral. A private funeral is planned for Sunday at the U.S. Naval Academy in Annapolis, Maryland.