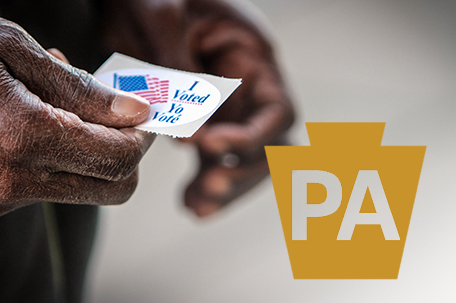 HARRISBURG, Pa. — A decision this week by Dauphin County to purchase new paper-trail voting systems means all 67 Pennsylvania counties have taken action under a state law that helps fund the upgrades, the Wolf administration said Tuesday.

Officials called the vote a milestone toward ensuring the integrity of the state’s future elections.

A new state law appropriated $90 million toward replacement of the existing machines, but counties had to act by the end of 2019 to be eligible for certain federal aid and to avoid potential litigation.

“Every machine will have a paper trail for every vote that’s taken in 2020, which was the governor’s goal,” J.J. Abbott, press secretary for Democratic Gov. Tom Wolf, said Tuesday.

The Dauphin County commissioners voted 2-1 on Monday in favor of a resolution to purchase new scanners and ballot marking devices.

That vote effectively reversed an earlier decision against replacing the existing machines, based on concerns the change was not needed and could result in problems with new machines, as occurred in Northampton County in November.

In Northampton, frustrated county officials have indicated they have no confidence in their new machines and are trying to determine what will happen going forward.

Dauphin County expects to have a contract in place in a few weeks for the commissioners to vote on.

A law Wolf signed in October authorized borrowing up to $90 million to pay up to 60% of counties’ costs for new machines and related expenses. That followed $14 million in federal and state funding that was devoted to new machines’ purchase in 2018.

“We are going to work with the counties as much as necessary,” so machines are ready for the April 28 primary, said Department of State spokeswoman Wanda Murren. “And of course, the vendors offer a lot of assistance and training as well.”

The Department of State told counties in April 2018 it would not certify machines for use in elections if they do not provide an auditable paper trail and meet security and accessibility standards.

The Dauphin County decision followed a vote last week by Northumberland County to spend nearly $1 million on 190 new machines for its 94 polling stations, the Daily Item of Sunbury reported.