Film in the works about slain 12-year-old Tamir Rice 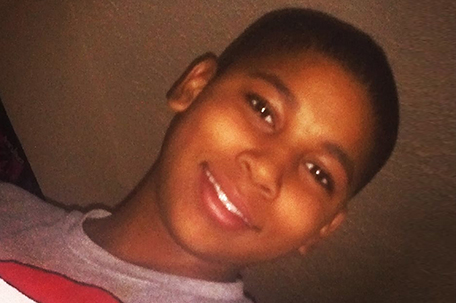 The mother of a 12-year-old African-American Ohio teen who was shot and killed by police while playing near his home will develop a film about his life and death.

Samaria Rice believes her son Tamir Rice’s story needs to be told. She has partnered with Blue Angel Entertainment and Nonara Productions to develop the film, 12: The Tamir Rice Story.

“I’m honored and very grateful to (Korstiaan and Danielle) for believing in me and this legacy for Tamir,” Rice told Shadow and Act.

Rice was killed on Nov. 22, 2014 when two Cleveland police officers shot him within two seconds of arriving on the scene. Police were called by a resident who reported that Rice had a gun. In reality, it was a toy.

Korstiaan Vandiver and Lionel Ntasano or Blue Angel Entertainment and Ms. Rice have exclusive rights to produce the film. Vandiver, Rice and Danielle Marshay Lee will pen the work, which will be directed by Vandiver and Lee.

“We are just as honored to have the opportunity to bring this story to life and we are all very excited to start this journey together. Tamir’s narrative is so timely and yet so long overdue,” said Vandiver.