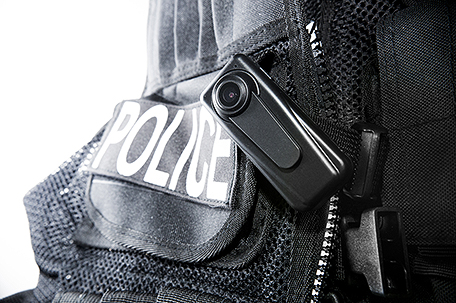 FERGUSON, Mo. — Ferguson police have had body cameras since shortly after the killing of an unarmed, Black 18-year-old, Michael Brown, by a white officer on the force. But 2½ years later, concerns persist about how they’re being used and what happens to the footage.

On Tuesday, the people of Ferguson voted on whether to add strict body camera requirements to the city charter, which would shield them from being easily changed by elected officials. Voters in nearby St. Louis, meanwhile, decided whether to equip their police force with body cameras.

Ferguson police didn’t have body cameras when the officer shot and killed Brown after a confrontation on Aug. 9, 2014. A grand jury and the U.S. Department of Justice cleared the officer, who retired three months after the clash. But a Justice Department investigation found troubling bias in the Police Department and the lack of video footage of the incident led to calls to equip officers with body cameras.

Brown’s shooting and the protests that followed sparked a nationwide explosion of interest in body cameras, and many police forces adopted them. A Department of Justice grant program that awarded $41 million to departments has helped scores of programs get started. The market leading manufacturer, Taser, recently reported selling 66,000 of its most popular line of cameras in 2016 – a nearly four-fold increase from the prior year. Dozens of major cities and thousands of smaller ones have at least some officers wearing cameras.

Still, many departments are struggling with concerns about how to pay for the cameras and the software needed to store the reams of videos, which Taser says can amount to tens of thousands for a mid-sized agency. Policy questions such as when officers must activate the cameras and whether the videos are public records are also still being worked through in many cities and states.

Two companies donated body cameras to Ferguson police soon after the shooting, and officers began wearing them in late August 2014. But many Ferguson residents have questioned why the cameras weren’t on during some high-profile encounters. Weeks after body cameras were added, a Ferguson officer was shot in the arm while on routine patrol. His camera was off.

In September 2015, Ferguson officials said body camera video didn’t exist of the arrest of a protester in a wheelchair, even though a photo showed the officer was wearing a body camera. Police alleged the protester assaulted the officer with her cellphone.

Some residents also say the body camera footage that does exist is inaccessible to the public, and they question why officers are allowed to review footage before filing reports.

Ferguson activist Nick Kasoff is behind the ballot measure, which would require officers to have the cameras on virtually all the time. It would also require the city to maintain the video for at least two years and to streamline public access.

“We believe in transparency,” Kasoff said. “This policy would be public. It would be in the city charter. There’d be no playing games in terms of giving people access they have the right to.”

Both Mayor James Knowles III and his opponent in Tuesday’s mayoral race, councilwoman Ella Jones, supported the initiative. Knowles said the city has not estimated how much it would cost.

Democratic state Sen. Jamilah Nasheed and Republican millionaire activist Rex Sinquefield came up with a novel way to fund body cameras. They led a petition drive that generated nearly 45,000 signatures for a ballot measure calling for the city assessor’s office to absorb the functions of the recorder of deed’s office. A 2016 state audit cited nepotism and inappropriate use of funds in the recorder’s office.

Supporters believe the consolidation would save about $1 million annually, nearly enough for the $1.2 million Dotson has estimated a camera system would cost.