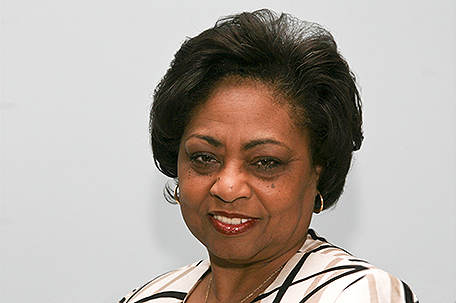 WASHINGTON — Shirley Sherrod, the former Agriculture Department official whose supposed racist remarks on video ignited a firestorm in 2010, has reached a tentative settlement with the widow of a conservative blogger who posted the edited images, a federal judge said last week.

Sherrod sued blogger Andrew Breitbart and his colleague Larry O’Connor in 2011, a year after Breitbart posted the video of Sherrod, who is black. She sued Breitbart and O’Connor for defamation and emotional distress after USDA officials asked her to resign from her post as a rural development official in Georgia and the video ignited a racial firestorm.

Breitbart died unexpectedly in 2012, but his wife, Susannah, was substituted as a defendant.

U.S. District Judge Richard J. Leon on Tuesday ordered the case halted “in light of the parties’ representations that a settlement has been reached” and the agreement circulated for signatures.

The terms of the settlement have so far remained confidential. Lawyers for Sherrod and Susannah Breitbart did not respond to a request for comment on the settlement; an attorney for O’Connor declined to comment.

When Sherrod’s full speech later came to light after the bloggers’ original post, it became clear that Sherrod’s words were about racial reconciliation. She was speaking about overcoming her initial reluctance to help a white farmer decades ago.

Once that was obvious, Sherrod received public apologies from the administration — even from President Barack Obama himself — and an offer to return to the Agriculture Department, which she declined.

Sherrod’s lawsuit says the incident affected her sleep and caused her back pain. It contends that she was damaged by having her “integrity, impartiality and motivations questioned, making it difficult (if not impossible) for her to continue her life’s work assisting poor farmers in rural areas,” even though she was invited to return to the department.

Dismissal of the case will be a relief for USDA and Agriculture Secretary Tom Vilsack, who has taken responsibility for Sherrod’s ouster. Vilsack potentially could have been called to testify in a trial.

The case also would have been one of the first high-profile federal lawsuits to test bloggers’ freedom of speech rights. Large news organizations including The New York Times, The Washington Post, and Dow Jones & Company filed friend-of-the-court briefs in the suit.