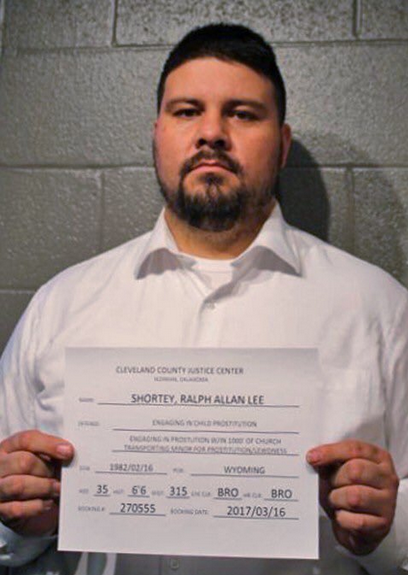 Shortey resigned in March after he was arrested on state charges of engaging in child prostitution and transporting a minor for prostitution.

Police in the Oklahoma City suburb of Moore arrested Shortey, a married father of four, in March after they found him with a 17-year-old boy in a motel room and accused him of hiring the boy for sex. The FBI became involved in the case shortly after Shortey’s arrest and conducted a search of Shortey’s Oklahoma City home.

A federal grand jury returned a four-count indictment against Shortey in September. Among other things, the federal indictment alleged that Shortey produced child pornography in 2016 and 2017 and used his smartphone to send videos involving young boys and a young girl in 2013.

In addition, the indictment accused Shortey of child sex trafficking for allegedly soliciting a minor to engage in a commercial sex act on March 8 and 9 in 2017, the same incident that led to Shortey’s arrest and the filing of state charges against him. Those charges were dismissed following the federal indictment.

Shortey faces 10 years to life in prison and a $250,000 fine for child sex trafficking. The judge did not set a sentencing date.