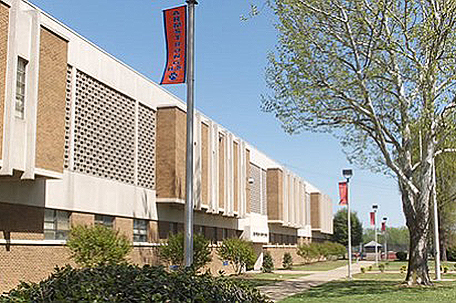 Hundreds of Richmond, Virginia’s . seniors will not be allowed to graduate because they have not met the state standards for a diploma.

The Richmond School Board has been told that at least 280 students have been disqualified to receive diplomas based on a report that RPS Chief Academic Officer Tracy Epp provided on the impact of major flaws in students’ transcripts.

While RPS Superintendent Jason Kamras’ office has acknowledged that the numbers are incomplete, Epp told the school board that at best, only 810 students from the nine main city high schools would qualify to participate in graduation ceremonies, which will begin Sunday, June 9.

Epp indicated that it could be fewer,  as only 507 seniors at the publication of this article have met all the requirements and are “on track” to graduate. Another 303 students are considered “likely” to graduate, but there is no guarantee they will make it in the short time left.

Even if 810 students receive diplomas, that would be the smallest number in decades for a system that has graduated at least 1,100 students each year or more since before World War II.

It also would be a startling 28 percent decline in graduation numbers from a year ago, when 1,110 students received diplomas, according to Epp’s report.

Those schools actually enroll 1,178 12th-graders, but some attend the Maggie Walker and Appomattox governor’s schools and other programs, but still will receive RPS diplomas and were not included in Epp’s numbers.

The 280 students not graduating were disqualified after a review of their transcripts found they had not passed enough state Standards of Learning tests, lacked a credential in career and technical education or were improperly scheduled so they never took one or more required courses, the report stated.

Those students now are being told they must take one or more courses in summer school or return to class next school year in order to receive their diplomas.

“I would rather have a slightly lower rate, but know we can stand behind every single (diploma), than have a higher rate and have questions about the authenticity of those diplomas,” Kamras told the School Board.

Board member Kenya Gibson (3rd Dist) described the situation as “appalling,” particularly with students just learning about the impact of the transcript foul-ups so close to graduation.

“It is incredibly frustrating to see students impacted by the actions of adults who didn’t address these issues,” said board member James “Scott” Barlow(2nd District).

Students also are frustrated because even those who believe they are on track to graduate said Wednesday they have not been informed of their status.

“We’re just guessing based off of what we have done. They’re not telling us who is going to graduate and who is not,” said Kayla White, a senior at Armstrong High.

In the process, Kamras asked the Virginia Department of Education to conduct an audit, which began at Armstrong and spread to the entire system, turning up at least 20 flaws that led to the creation of student records that were completely inaccurate.

Epp said that she and her staff had gone through senior transcripts at least eight times to try to find all the flaws. While she indicated this year’s upheaval has been unavoidable, she said a new process is being installed to protect students in other grades. Along with a revamped transcript, she said new policies and practices are being put in place to ensure transcript accuracy.