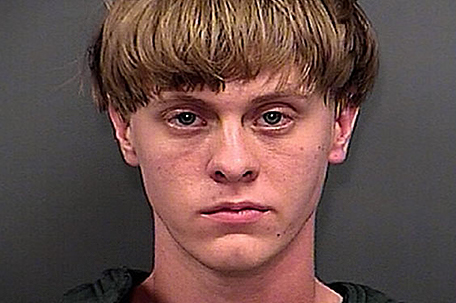 A racist manifesto and photos have surfaced online of Dylann Roof posing at Confederate soldiers’ graves, and interviews with his friends may reveal the motivation behind the attack at a church in Charleston, S.C. that killed nine.

Dozens of photos and a white supremacist manifesto have surfaced on a website called “The Last Rhodesian,” registered under the name Dylann Roof, The New York Times reported.

It is not clear who wrote the words or took the pictures on the site, but dozens of photos show Mr. Roof, the 21 year-old man accused of killing nine people at a Charleston, S.C. church, posing with weapons, burning an American flag, and visiting Southern historic sites and Confederate soldiers’ graves, according to The New York Times.

The manifesto is 2,444 words long and concludes with a section titled “An Explanation.”

The so-called explanation describes what may be the motivation for the attack at the Emanuel African Methodist Episcopal Church that took place on Wednesday: “I have no choice. I am not in the position to, alone, go into the ghetto and fight,” the section reads in part. “I chose Charleston because it is most historic city in my state, and at one time had the highest ratio of blacks to Whites in the country. We have no skinheads, no real KKK, no one doing anything but talking on the internet. Well someone has to have the bravery to take it to the real world, and I guess that has to be me.”

The manifesto also references the Trayvon Martin case. “I kept hearing and seeing his name, and eventually I decided to look him up,” a section reads. “I read the Wikipedia article and right away I was unable to understand what the big deal was. It was obvious that Zimmerman was in the right. But more importantly this prompted me to type in the words ‘black on White crime’ into Google, and I have never been the same since that day.”

In interviews with the Associated Press, friends described Roof as a troubled person who went on racist rants but often drank with black friends.

The Associated Press also reported that a “drinking buddy” of Roof’s, who is black, says that a week before the attack, Roof announced plans to shoot up a college campus.

Another self-described friend of Roof’s, Christon Scriven, told the AP that on Friday, June 10, while they were getting drunk on vodka, Roof shared plans to carry out a mass shooting a week later at the College of Charleston.

Scriven says he thought the threat was just drunken bluster. Still, he and another friend, Joey Meek, were concerned enough that they went out to Roof’s car and retrieved Roof’s handgun, hiding it until they all sobered up, according to the AP.

Relatives of the nine people fatally during a Bible study session at the historic church told Roof at his bond hearing that they forgave him.

Why you can’t kill the spirit of Mother Emanuel