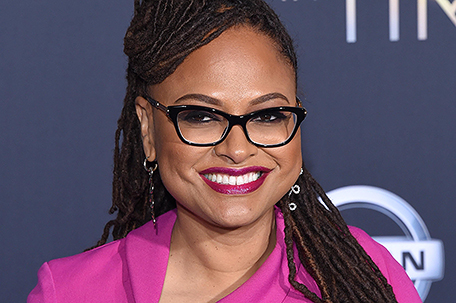 At the Pennsylvania Conference for Women, the focus was on living fearlessly, making yourself a priority and reaching back for the next generation.

When it comes to making inroads in places where they don’t make up the majority, there is a lot that women could learn from people of color.

Usually, when a person of color sees another person of color in a space where such a sighting isn’t common, they usually acknowledge each other with a subtle nod or a look, award-winning director and filmmaker Ava DuVernay said to the audience gathered at the Pennsylvania Conference for Women last Wednesday.

Such an acknowledgement could be the difference between whether a woman feels comfortable enough to do her best work in a space and whether she doesn’t, said DuVernay, whose most recent project was Netflix’s “When They See Us.”

“If you’re in a room and another woman’s there, talk to her,” she said. “I want to see women stand up for other women. If Black people see each other in a mostly White space, we give each other “the nod.” Women should do this with each other. Make eye contact. Hire each other. Mentor each other. Be fan girls for each other.”

Danielle Weisberg and Carly Zakin, the co-founders and co-CEOs of online journal, theSkimm, shared their wisdom with conference participants.

As the conference celebrates its 16th anniversary as part of a nationwide network of women’s conferences, it’s important to make sure that it continues to grow with the needs of it’s audience, said Leslie Stiles, president of the Pennsylvania Conference For Women.

One of those needs is creating the next generation of women in leadership, Stiles said. So a new initiative toward that end was announced at the conference.

“We’ve revamped our Young Women’s program,” Stiles said. “It’ll be divided into three areas: College readiness, internships, scholarships and jobs. Mentoring will also be a part of it.”

Another way that the conference has grown in addition to the Workplace Summit, is by making it available to women who might not be able to take the day off, said Laurie Dalton White, founding director of Conferences For Women, the conference’s organizer. Both days of the conference were live-streamed to more than 1,000 women, she said.