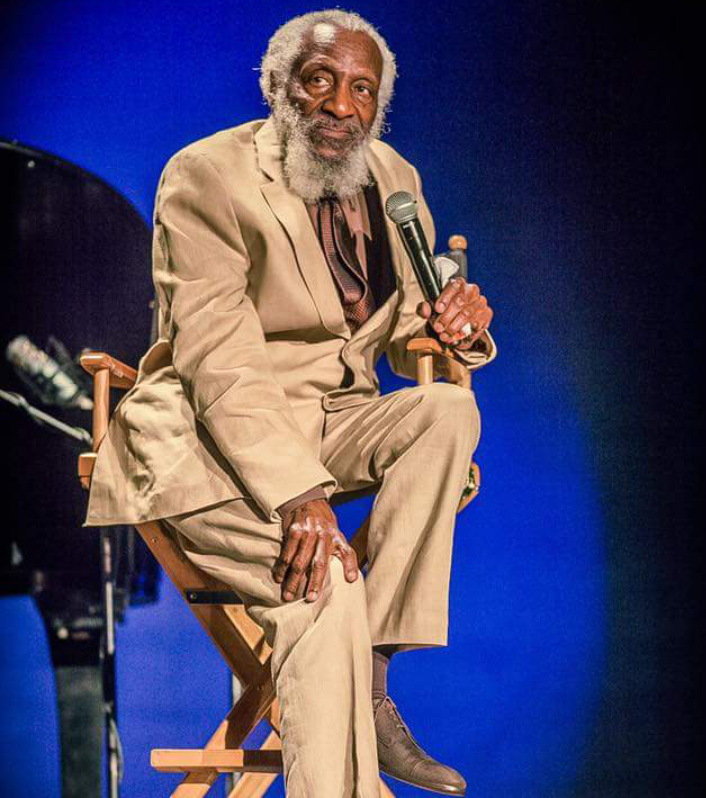 I was probably 25-years-old before I realized my father called many people champ. I was clearly paying attention yet I never heard it other than when he was calling me. One of his finest gifts was the ability to make you sit up and pay attention.

For a week, I watched my father cause some of the sharpest medical minds to sit up and pay attention. What began a little over a week ago as a simple Urinary Tract Infection wrecked havoc on my father’s slim frame. Events were set in motion that ultimately proved to be too much. A bifurcated thoracic aortic aneurysm ultimately was too big a blow. For a lifetime, my father took all the hits, however, this hit was too much. A life heavily sacrificed had ultimately taken its toll. Years of severe fasting, not for health but for social change, had damaged his vasculature system long ago. He always reminded us, many of his fasts were not about his personal health but an attempt to heal the world.

A routine few days in the hospital suddenly turned dire. My father transitioned encircled by his family in love. It was actually purifying and a blessing to bear witness to unbridled familial love and peaceful understanding. For a week, my family stood 24 hour vigil over our father, even when it appeared routine. Way too much laughter for a hospital room I am certain.

From comedy to civil rights to a life dedicated to equality, he never waned. Immeasurable generational sacrifice. A transformative block buster comedian who obliterated the color line. He quickly realized that the inequities and travesties of life were no laughing matter. There is no question humanity is better for it, we will allow his legendary history to stand for itself. Generations will delve into his sacrifice, comedic genius, focus and aptitude. For now, we simply want to reflect on his Service and Grace. Civil Rights, Women’s Rights, children’s Rights, Human Rights, Disabled Rights, Animal Rights. Dick Gregory’s DNA is virtually on every movement for fairness and equality for all livings things on this planet.

He was rarely one to rest and never one to stop championing for peace. Hopefully now he may find some semblance of them both. A healthy dose of wit and wisdom just arrived in heaven, of that I am absolutely certain.
Dick Gregory is eternal. He sacrificed so others could, the true beauty was that the others were always the disenfranchised and the underdog. There is a profound amount of ugly in the world today. Consider some slight discomfort to make life a little better as we pay tribute to a lifelong crusader.

I miss you already Pop. You were undoubtedly a fine human being and the coolest Dad! It was a pleasure and an honor being your wingman!

Lastly, I would be remiss if I didn’t take a long moment to salute the women and men of Sibley Memorial Hospital here in Washington, DC. You are an amazing and fine group of human beings. The respect and dignity you showed my family will never be forgotten. The full spectrum of employees was a godsend. This was obviously a very challenging time for us. On many occasions my father said “They must know who I am”. When my father would say that, he never meant his celebrity he always meant his spirit. Thank you all for knowing and recognizing the fullness of who he was and forever will be. The Gregory Family is eternally grateful.

Father and son graduate Morehouse together