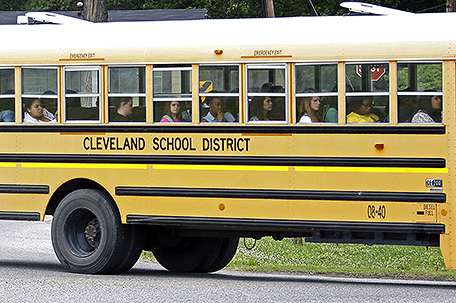 “The delay in desegregation has deprived generations of students of the constitutionally guaranteed right of an integrated education,” Brown wrote in a 96-page opinion. “Although no court order can right these wrongs, it is the duty of the district to ensure that not one more student suffers under this burden.”

Jamie Jacks, a lawyer for the district, said school board members would meet Monday night to discuss their options. She said board members believed they proposed constitutional options to keep open two high schools, although one local plan would have combined middle schools.

“The district’s plans allowed for student and parent choice,” Jacks wrote in a statement. “If the board appeals, it would request that the existing open enrollment plan continue while the appeal is pending.”

Merging black and white schools was a common desegregation method in the 1960s and 1970s, and the opinion is a reminder that desegregation lawsuits never ended in some places. As recently as 2014, the U.S. Justice Department was still a party to 43 such suits in Mississippi alone. A previous judge approved an open-enrollment plan, but the 5th U.S. Circuit Court of Appeals ordered a more thorough examination.

Gary Orfield, who directs the Civil Rights Project at the University of California, Los Angeles, said that remedies like Brown’s are unusual today.

“Nobody could tell you with absolute certainty, but I do think this is somewhat uncommon,” Orfield said.

Brown wrote that the district provided only “weak” evidence that it could voluntarily draw white students to East Side High, and none at all that it could draw white students to D.M. Smith. She ordered both sides to submit proposed transition plans within 21 days. Federal officials have called for rebranding schools, more academic options and a community advisory panel to guide the transition.

“This victory creates new opportunities for the children of Cleveland to learn, play and thrive together,” Principal Deputy Assistant Attorney General Vanita Gupta said in a statement . “The court’s ruling will result in the immediate and effective desegregation of the district’s middle school and high school program for the first time in the district’s more than century-long history.”

The school district presented expert testimony that white parents were likely to flee to private schools. Beyond Cleveland, only four of 22 other districts in Mississippi’s Delta region have student bodies less than 80 percent African-American.

Many parents who supported the lawsuit say they want Cleveland to invest in new facilities with enhanced academic offerings.

“I think it’s going to be a great thing,” said Mack Sanders, a plaintiff who lives in nearby Boyle. “It depends on what they come up with. I’d like them to build a new high school.”

But a new high school could cost tens of millions of dollars, officials have estimated, and it’s unclear how much debt the district could finance.