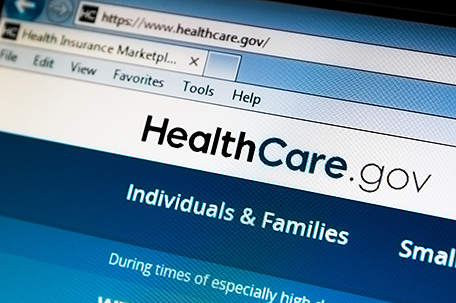 A federal appeals court has thrown out an IRS regulation that implements key subsidies for health insurance under the Affordable Care Act, dealing a potentially significant blow to the law.

In a 2-1 decision, the U.S. Court of Appeals sided with plaintiffs who argued the law, as written, only allows for subsidies to be provided through state exchanges. The lawsuit, Halbig v. Burwell, has the potential to cripple Obamacare in the 36 states where the federal government provides subsidies for low-income people to buy health insurance.

The plaintiffs in the case argue the way the law was written does not allow for subsidies to be provided by the federal government, pointing to a statute that says subsidies should be issued to plans purchased  “through an Exchange established by the State under Section 1311”  of the Affordable Care Act. Section 1311 establishes the state-run exchanges. But plaintiffs say the law does not permit subsidies in federal exchanges, according to Section 1321 of the law.

In the end, the court said the plaintiffs presented a more compelling argument than the federal government. It determined the law “ unambiguously restricts the … subsidy to insurance purchased on Exchanges ‘established by the State.”

“ We conclude that appellants have the better of the  argument: a federal Exchange is not an ‘Exchange established  by the State,’ and section 36B does not authorize the IRS to  provide tax credits for insurance purchased on federal  Exchanges,” the judges wrote in their decision.

The lawsuit is viewed as the most potentially damaging challenge to the law since the 2012 lawsuit targeting Obamacare’s individual mandate to purchase health insurance.  Handing out subsidies to lower-income people is one of the most basic functions of the law, and helps provide otherwise unaffordable health insurance. If federal subsidies are ruled illegal, it could torpedo the law — not to mention wreak havoc on the subsidies already dished out.

But supporters of the law had been unconvinced the courts would grant much credence to the plaintiffs’ argument.

“If the courts took the argument seriously, it could seriously damage the implementation of the Affordable Care Act,” Timothy Jost, a law professor at Washington and Lee University and a supporter of the law, told Business Insider earlier this month.

“It has the potential to destroy the individual insurance market in two-thirds of the states.”

The appeals court’s decision is likely to set up another high-profile confrontation over the law at the U.S. Supreme Court. The Obama administration will likely appeal the ruling to the full D.C. Circuit court, in which the full court would hear and decide on the case. The math for the administration is better in this situation —  the appeals court is stacked with seven Democratic and four Republican appointees, four of which were appointed by Obama himself.

But even if the Obama administration prevails before the full D.C. Circuit, the case appears destined for the Supreme Court.