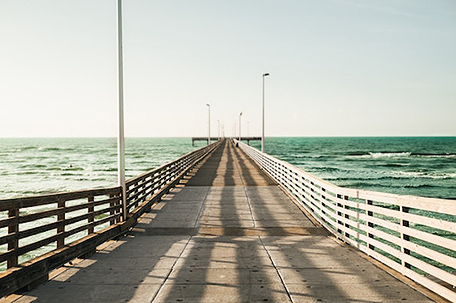 A creaky pier owned by the city of New York is at the center of one of the bribery allegations lodged against Mayor Bill de Blasio.

The restaurant was behind on its rent and wanted the city to pay for repairs to a nearby pier.

Singh is the second person to admit to trying to the bribe the mayor. In 2016, Jona S. Rechnitz, another major donor who received special access to the mayor, pleaded guilty to honest services wire fraud in regard to those donations.

De Blasio has denied any wrongdoing and is not the target of any current investigations.

Testifying as a cooperating witness in another corruption trail involving two Long Island officials, he has also confessed to bribing Edward Mangano, the former Nassau County executive, and John Venditto, the former Town of Oyster Bay supervisor. Singh offered a detailed account of how he traded campaign contributions and fundraising for political leverage in lease negotiations with City Hall on his waterfront restaurant. His testimony corroborates with donation records, city schedules, internal email exchanges and accusations from former city employees.

Faced with a debt of $3.1 million in unpaid rent, Singh held campaign events, made personal donations and solicited straw donations for de Blasio to receive special consideration from City Hall. In return, de Blasio allegedly facilitated meetings with top officials and those who spoke out against the favoritism were summarily dismissed.

“It’s all the more ironic when you consider that his forays into multiple private real estate deals have led to investigations, indictments, and convictions,” said Wayne Winegarden, senior fellow in business and economics at the Pacific Research Institute. Such corruption has a long history. “We’ve seen New York City and other cities promote favored businesses through lucrative city contracts for garbage and janitorial services. More recently, we’ve seen government at every level try to protect entrenched industries like taxis, grocery stores, and hotels against competition from the sharing economy.”

Indeed, some of the earliest documented reports of bribery and influence peddling in the Big Apple date back at least to the 19th century.

During the 1930s, the New York political machine known as Tammany Hall leaders put price tags on all kinds of standard city services and lease deals. For $50,000, someone could lease a pier to berth a liner on the Hudson River.

More recently, in 2010, a father-son team from Brooklyn was arrested and convicted after an undercover New York City DOI investigator posing as a housing authority employee was offered $10,000 for help in obtaining a lease to a housing development that the city owned.

These kinds of political corruption cases have become more difficult to prove after the Supreme Court’s decision on McDonnell v. United States (2016). McDonnell determined that while the receipt of gifts – financial or otherwise – may be evident, linking the gifts, favors and kickbacks to an “official act” requires a higher burden of proof. The arrangement of meetings and hosted events must be clearly and unequivocally tied to a cash payment to establish illegal influence peddling or bribe taking.

Piers are not the only iconic property leased by the city. The Tavern on the Green restaurant in Central Park is leased out by the Parks Department and pays taxes based on revenue. In 2016, its tenants hired one of the highest-paid lobbyist groups in NYC to influence city government on union negotiations. Back in 2013, they succeeded in negotiating a deal with the Parks Department that saved them an estimated $1 million in wages in 2015 alone.

Cases like these shed light on the need for government to remove itself from the property management business.

“Taxpayers just don’t win when government picks winners and losers in the private sector economy,” said Wayne Winegarden. “New York City taxpayers should be questioning their elected officials why it’s a good deal for government to be involved in leasing out private property at all.”