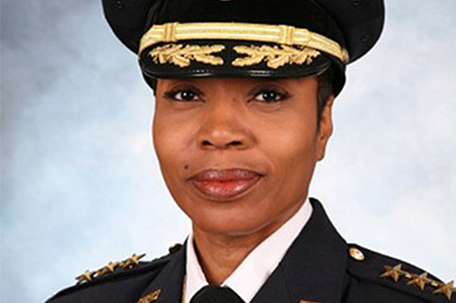 Dallas, TX — Ulysha Renee Hall will make history in Dallas in September, when she becomes the city’s first ever female police chief in the city’s entire 176 year history. She is a 19-year-veteran in law enforcement, and her former position was deputy police chief in Detroit – where she was also born and raised.

T.C. Broadnax, Dallas City Manager, is happy about the new appointment. He said that Chief Hall will bring a much – needed “woman’s touch” to the Dallas Police Department, and added that she is “a proven leader with a stellar background and a passion for public service.”

It runs in the family

Law enforcement runs in the family for Hall. Her father, Ulysses Brown, was also a police officer but was sadly killed in the line of duty in 1971 when she was just six months old. He was was working in a specialized police force cracking down on prostitution when he was killed, and the killer was reportedly never brought to justice.

Hall told WXYZ in an interview last year, “My father not being there meant the same thing as every other child in Detroit or around the world growing up without a father. It has an impact.”

She also says that her father’s death in the line of duty makes her very cautious about the lives of other police officers on her force. She told reporters that she doesn’t want any of her officers getting killed on her watch.