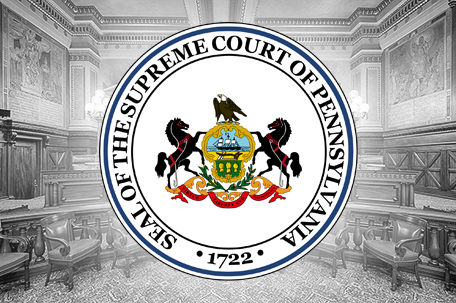 HARRISBURG, Pa. — The Nov. 3 presidential contest will test Pennsylvania’s ability to handle a massive mail-in vote and, while its high court settled several partisan points of dispute over how to update the state’s election law, counties remain unprepared in several important ways.

Plus, the legal challenges are not necessarily over.

Meanwhile, lawmakers and election officials continue to warn that the conditions are ripe for a presidential election result to be left hanging in limbo on a drawn-out vote count in Pennsylvania, a premier battleground state where the result could be very close again.

Some also warn that huge numbers of mail-in votes could be invalidated, unless the law is changed.

Decisions last Thursday by a divided state Supreme Court filled the vacuum of inaction left by a partisan stalemate in the state Capitol.

In those decisions, the court extended the period to receive mail-in ballots for three days after Election Day — as long as a ballot isn’t clearly mailed after polls close — and it ruled that drop boxes and satellite election offices are allowable under current law.

“We’ll try to recreate something with the governor at this point in time, but I don’t know if it’s possible,” Corman told The Associated Press last Friday.

Here is a look at what’s next:

Fueled by concerns over the pandemic, more than 3 million voters are expected to cast ballots by mail in the Nov. 3 election.

That’s more than 10 times as many as voted by mail in the 2016 presidential election, when Trump beat Democrat Hillary Clinton by a mere 44,000 votes, or less than 1 percentage point.

Polls show another close race between Democrat Joe Biden and Trump in Pennsylvania.

WHAT THE COURT DID

All told, the court handed victories to both Democrats and Republicans.

Extending the deadline to receive mailed-in ballots and upholding the use of drop boxes and satellite election offices were good for Democrats.

Counties, such as Philadelphia and Allegheny County, planning to use satellite election offices and drop boxes are home to more than half of the state’s registered Democratic voters.

Meanwhile, more than 1.3 million of the 2 million registered voters who have thus far requested a mail-in or absentee ballot are registered Democrats, according to figures from the state elections office.

That’s nearly three times as many as registered Republicans and that means that counties will have more time and more ways to receive mail-in ballots that are far likelier to be from a Democratic voter.

In two other wins for Democrats, the court kicked the Green Party’s presidential candidate off the ballot and it upheld the requirement in state law that a party-designated poll watcher be a registered voter in the county.

But in wins for Republicans, it rejected requests to let voters who aren’t disabled give their mail-in ballot to someone else to deliver; to require counties to let voters fix disqualifying problems with their mail-in ballots, such as not signing their return envelope; and to require counties to count mailed-in ballots that arrive without a secrecy envelope.

Counties want more time — as much as three weeks before Election Day — to process mailed-in ballots to get them ready to count. In theory, that would allow them to more quickly produce election results. Leaving the law unchanged risks protracted vote counting, they warn.

Republicans support giving counties a three-day head start, but Democrats are pushing for more time than that.

Counties also want to shorten the period in which to request a mail-in or absentee ballot, moving the deadline back to 15 days before Election Day, from seven days in current law. Republicans support it, Democrats oppose it.

That request came after thousands of ballots arrived after polls closed in the June 2 primary election.

Forrest Lehman, the elections director for Lycoming County, warned of problems if the deadline remains seven days before Election Day.

Tens of thousands of people will worry about their mail-in ballot arriving in time and will show up at polling places to vote, where they will have to cast a provisional ballot, Lehman said.

Massive and unheard-of numbers of provisional ballots — perhaps 50,000 or 100,000 — will require at least a week, if not longer, to sort out, Lehman said, potentially delaying a presidential election result.

“I think it’s going to be the issue that takes everybody by surprise in November,” Lehman said.

Some of these issues could resurface in legislation or be relitigated.

Republicans say they are considering asking a federal court to block the state Supreme Court’s decisions. Plus, Wolf and lawmakers still have the power to make changes in the law.

Meanwhile, Trump’s campaign has a lawsuit pending in federal court.