Consumer knowledge of credit scoring drops over past year 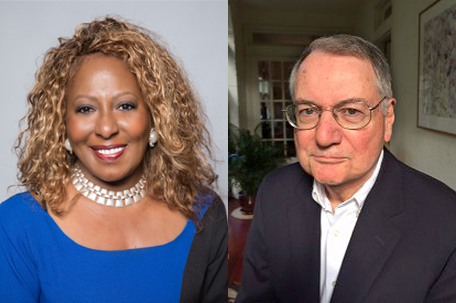 Blacks appear to need most education

Sharae Newton (not her real name), has made many mistakes that damaged her credit score. They include running up debt as a college student – including student loans.

But after Newton earned a second master’s degree and began working with the federal government, she thought she was secure. She now admits that she still has an uncomfortable relationship with money, largely because of her lack of credit literacy.

Like many middle class African-Americans, Newton makes a concerted effort to monitor her credit score and learn all she can about how to protect it. Yet, Newton, who asked that her identity be kept confidential for the sake of financial privacy, lives with a great deal of uncertainty, especially when something unusual happens that affects her regular financial life.

“I’m the only income earner in my household, but I had a series of medical issues that lost me money and cost me money,” said Newton, who owns a home in Northeast Washington, DC, but has no significant savings. “I never expected the medical problems I’ve had over the last five years. I’ve had multiple orthopedic surgeries because of a condition that causes my tendons to tear. I earned my second masters, got out of whatever credit quandary I was in prior, but my medical expenses got me right back into it.”

Her most recent surgery was in January, and the portion she’s required to pay is $14,000. She said she and some of her friends and associates are caught in the vice of making too much money to get subsidies and other types of help to pay medical bills that the poor or vulnerable receive.

“All of the safety nets, I was not eligible for them,” she said. “You cannot buy something like Aflac unless you have a catastrophic illness like a heart attack or a stroke. Federal jobs provide you a certain privilege but don’t protect you. … I had to start using leave without pay. It does make you feel like what else can you do to feel protected? This destroyed my credit and I face a very uncertain future.”

Newton’s dilemma illustrates that there is very little financially that Americans can do that isn’t in some way tied to or influenced by their credit scores. In the financial world, a person’s credit score illustrates their creditworthiness which simply means how likely it is that a person will pay their bills and whether they will pay them on time.

A bad credit score means the owner of that score could end up spending thousands of additional dollars in interest or fees if they want to borrow money, rent an apartment, buy a house, rent or buy a car, obtain insurance. So financial experts stress that it behooves consumers to do all they can to ensure that they keep a positive credit score and hone their knowledge about credit scoring.

In that regard, Stephen Brobeck, executive director of the Consumer Federation of America (CFA) and Barrett Burns, CEO of VantageScore Solutions, LLC, spoke to reporters in a recent conference call to discuss the findings of a survey to measure consumer knowledge of credit scores.

In the seventh year that the survey has been conducted by the organizations, one of the major findings is that consumer knowledge of credit scores has eroded over the past 12 months.

“We wish the survey results were more positive,” Burns said. “Consumers should make every payment on time and we urge them to check their credit every 12 months. The greater availability of credit scores and credit reports is certainly a net positive for consumers, however the data demonstrates that we collectively have work to do to help consumers understand that credit scores are used by more than just lenders.”

Brobeck said the findings generally show that consumers have a dire need for greater levels of financial education.

“One would think that increasing access to one’s credit scores would help increase knowledge about these scores,” said Brobeck. “But that apparently has not been the case to the detriment of consumers. Low credit scores can cost consumers hundreds, and sometimes thousands, of dollars a year in higher loan and service costs.”

Barrett and Brobeck said that the surveys, in addition to consumer education, are designed to help consumers understand the varied factors that affect their credit. They stressed that it’s crucial for people to make loan payments on time. Failure to do so can adversely affect one’s credit.

Little research has been done to determine the racial disparities in credit score knowledge. However, there is strong evidence that, in general, credit scores of Blacks are lower than those of Whites.  A study by the Federal Reserve Board in 2008 and an Illinois study by public interest groups in 2014 demonstrated the difference, which no credible source denies. A proximate cause of this credit score difference is that more Blacks than Whites have poor credit reports, the main basis for credit scores.  A study by Freddie Mac in 2013 found that 27 percent of Whites but 48 percent of Blacks had poor credit reports.

One basic cause of the lower credit scores in the African-American community is that Blacks appear to know less than Whites about credit scores.  In the 2016 CFA/VantageScore survey, for example:

To address the need for credit score education in the general community, CFA and VantageScore have created a 12-question credit score quiz to help educate consumers about credit scoring. The quiz can be found at www.creditscorequiz.org.

The Center for Financial Advancement, a new collaboration between HomeFree-USA, Wells Fargo, Freddie Mac and Mortgage Bankers Association, will engage students, faculty, parents and the local communities on such topics as credit, student loans, savings, homeownership and opportunities in the mortgage profession. The center aims to improve the economic outlook of African-Americans.

“More than half of all African-Americans in our country rent, it’s a fact that a homeowner’s net worth is 36 times that of a renter, and it’s a fact that that the median income for an African American household is $35,000 compared to the national average of $53,000”, says Marcia Griffin, president/founder of HomeFree-USA, a HUD-approved homeownership development, foreclosure intervention and financial coaching organization.

Burns concludes, “Credit scores can have an impact on everything from your loan terms to the size of the deposit required to acquire a mobile phone, so it’s critical that consumers take our quiz and become educated.”

A reasonable explanation: What ‘reason codes’ tell you about your credit score

The disappearing act: How to go from being credit invisible to credit visible