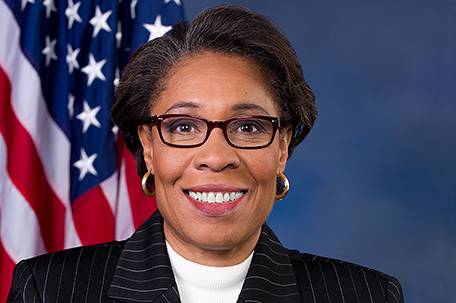 In a Congress likely to be steeped in the politics of this year’s midterm elections, the Congressional Black Caucus said it will continue to fight for issues important for communities of color.

“We all know that 2013 was one of the least productive years in the history of the Congress,” said CBC Chair Rep. Marcia Fudge (D-Ohio) in a press call on Jan. 15. “Yet, the Congressional Black Caucus diligently worked on a number of issues and was successful in influencing policies that benefitted our communities and that would, but for us, be disregarded or completely ignored.”

Many of the priorities on the CBC’s 2014 agenda reflect ongoing concerns from 2013—reducing poverty and closing the income inequality gap, the challenges facing historically Black colleges and universities and increasing diversity in judicial nominations.

Poverty continues to be a scourge in Black communities—almost 10 million African Americans, including 4 in 10 Black children, live in poverty; almost 12 percent of African Americans are unemployed, etc.—cited Rep. Barbara Lee (D-Calif.), who heads the CBC’s Poverty and the Economy Task Force.

Due to the CBC’s persistent efforts on reducing poverty, however, the issue has “gained momentum on Capitol Hill,” Lee said, and the CBC will continue to build on those gains.

“We know the best pathway out of poverty is a job,” Lee said.

Deputy Minority Leader James Clyburn (D-S.C.) said the CBC will also continue to support the Affordable Care Act, and Medicare and Medicaid. The latter were key contributors to the gains made by the War on Poverty launched by President Lyndon Johnson a half-century ago, he said.

Another key initiative on the CBC’s “War on Poverty” will be its advocacy for the “10-20-30” initiative, which would require that at least 10 percent of federally appropriated money be spent in those communities where 20 percent or more the population has been locked below the poverty level for at least 30 years.

The targeted spending approach was first introduced by Clyburn as an amendment to the rural spending section of the Reinvestment Act. It resulted in funding for 4,655 projects totaling nearly $1.7 billion in chronically impoverished counties.

“We believe we have come upon a formula that can be used in our budget to direct resources to communities irrespective of the color or ethnicity of the people that live there,” he told reporters. “We are asking for that ’10-20-30’ approach to be included in other parts of our budget so that we can tackle poverty at the community level.”

Attempts to create income equality must also address education, and, for the Black community, HBCUs play an integral role. But the recent recession and changes in federal policy—such as changes in the credit eligibility criteria for Parent PLUS loans and a 5.1 percent cut in HBCU budgets due to sequestration—are endangering those higher education institutions, CBC members said.

“There is clearly a crisis at HBCUs as a result of Parent Plus loans,” said Fudge.

In 2011, the U.S. Department of Education made the underwriting standards for these popular loans more stringent and implemented those changes without input from or explanation to HBCUs. Within one year, Parent Plus loan denials skyrocketed by 50 percent for parents with students at HBCUs, Fudge said.

According to the Association for Public and Land-Grant Universities, 14,616 students at HBCUs learned their parents had been denied Parent PLUS loans in fall 2012; and HBCUs lost about $168 million as a result of the large number of students who were not able to start or continue their college education.

In September 2013, U.S. Secretary of Education Arne Duncan apologized for the debacle to a group of HBCU presidents, administrators and faculty gathered for the annual National HBCU Week Conference in Washington, D.C.

“I know it’s been hard, it’s been frustrating, and some of you are angry,” Duncan told the group, according to Diverse Issues in Higher Education. “I am not satisfied with the way we handled the updating of PLUS Loans, and I apologize for that.”

Despite the apology—and despite the CBC’s appeals to the department—revisions have yet to be made, Fudge said.

The CBC will continue to agitate for those changes as it will for a less homogenous judiciary, members said.

“We feel that it is pretty important to have African-American judges, both at the trial and the appellate level in every circuit in our country,” said Rep. G.K. Butterfield (D-N.C.). “The problem is that we have Republican United States senators who have been blocking this progress.”

Out of the 55 African Americans nominated to the bench by President Barack Obama, only 42 have been confirmed, Butterfield said. Additionally, 43 seats at the district and appellate levels remain empty.

“The president needs to be more proactive in nominating African Americans to the bench [and] we would hope he would be less conciliatory with those Republican senators who have demonstrated that they are obstructionists,” said the North Carolina Democrat. “What we’ve got to do is continue to put pressure on the White House…and at the same time we need to encourage the Senate leadership to proceed with confirmation proceedings.”