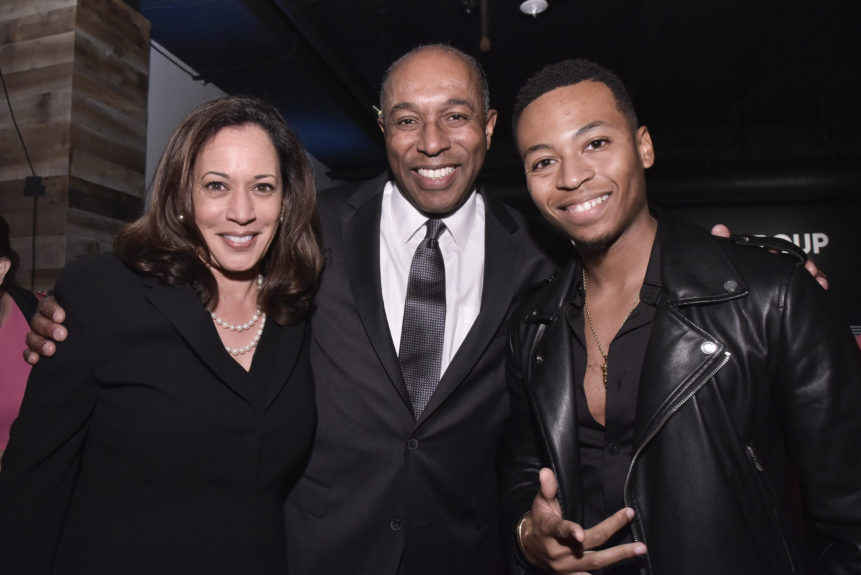 Ebony–It was a celebration as Universal Music Group and Ebony Magazine came together in honoring Senator Kamala D. Harris during the 2017 Congressional Black Caucus Annual Legislative Conference. Presented by AirBnB, the exclusive evening was filled with admiration and entertainment as Kamala’s colleagues and supporters came out to honor the highly esteemed Harris.

It was a packed house as UMG artist and special musical guest, Kevin Ross, provided the entertainment and swooned the room.

Senator Harris was sure to lead the evening with a welcome speech and show of gratitude to guests. While acknowledging the power of press, Harris gave a nod to Ebony’s Linda Johnson, and UMG’s Harleston:

“This is a moment in time for all of us to speak truth about what is going on. All of those executives like Jeff Harleston, who sit in those rooms where important decisions are being made about what the message will be, and how it will be spoken and whether it will reflect the truth.
As we party and enjoy all of the success of all the individuals in this room, let’s also continue to support black press. Support black media. That’s the press that will speak the truth that the country must hear.”