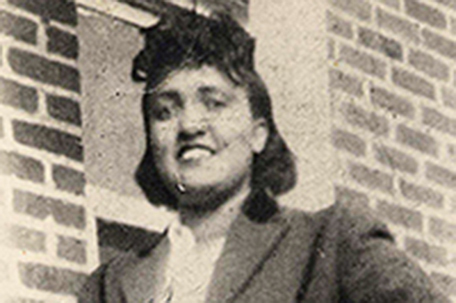 RICHMOND, Va. –The year was 1951. The place: Johns Hopkins Hospital in Baltimore, where Henrietta Lacks, a native of Halifax County, Virginia, sought treatment for cervical cancer.

Doctors made a remarkable discovery about Lacks’ tumor: The cells remained alive and multiplied outside her body, creating the first immortal cell line. Since then, her cells have helped researchers develop the polio vaccine, chemotherapy, in vitro fertilization and other medical breakthroughs.

Lacks was never compensated for her contribution to science. She died in 1951 and was buried in an unmarked grave in her hometown.

Now, Virginia plans to recognize Lacks by establishing a cancer research and treatment center in her name in Halifax County. The General Assembly recently approved legislation authorizing the project to honor the woman who gave the medical world the immortal HeLa cell line.

“Her cells were and continue to be an astronomical asset to the scientific and medical world,’’ Newson-Horst said. “The significance of her contribution to the world – not Virginia, not just Maryland, but the world – cannot be overstated.’’

The General Assembly unanimously passed two bills – House Bill 1415 and Senate Bill 171 – to create the Henrietta Lacks Commission, which will have nine members, including state officials, representatives of the Lacks family and local officials from Halifax County.

The commission’s goal will be to establish a public-private partnership to create the Henrietta Lacks Life Sciences Center in Halifax County. The center would use biodata tools to conduct cancer research, provide cancer treatment to rural Southside Virginia and incubate biotech businesses in the region.

Del. James Edmunds, (R-Halifax), and Sen. Bill Stanley, R-Franklin, sponsored the legislation at the request of the Halifax Industrial Development Authority. Edmunds called the project “a great economic driver for Halifax County’’ and said it “will hopefully bring some answers as to why the cancer rate is so high.’’

“I would love to see new technology and techniques developed in a new center here,’’ Edmunds said.

Science has advanced significantly since Lacks’ treatment at Johns Hopkins. In recent years, attention has focused on the ethics surrounding her case: Cells were taken from her body without her consent. Some said that was wrong; others said it reflected medical ethics of the time. Moreover, Lacks was an African-American woman from a poor family, and some wondered whether race was a factor.

Those issues were explored in a 2010 book, “The Immortal Life of Henrietta Lacks,’’ the basis for an HBO movie that came out last year. Last week, The New York Times published a belated obituary about Lacks, who the newspaper said had been overlooked when she died 66 years ago.

Belated recognition is what the Halifax County Industrial Development Authority had in mind when it proposed the Henrietta Lacks Life Sciences Center.

“She left Halifax County in the 1940s because of the lack of economic opportunities for African-American women. We’re trying to change that and bring her legacy back,’’ said Matt Leonard, the authority’s executive director.

He said the agency ran the idea by two of Lacks’ grandchildren and members of her legacy group.

“We got an immediate, very positive response from the family which we’re absolutely and imminently grateful for, because without their support, their championing this to their family and to other members of the community, we couldn’t do this project,’’ Leonard said.

“Words can’t explain how excited I am just to be part of the commission and to know that our grandmother is being honored in such a great way,’’ Lacks said. “What I hope it will accomplish is that people will be more aware of her contributions to science, and her legacy can continue to give people hope for a better life.’’

This story was produced by the Virginia Commonwealth University’s Capital News Service.