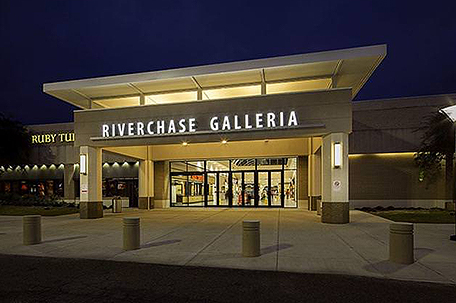 BIRMINGHAM, Ala. — The Rev. Jesse Jackson delivered the eulogy Saturday for an African-American man shot to death by a police officer following a shooting at a crowded Alabama shopping mall.

Jackson said the Hoover police officer who shot Emantic “EJ” Fitzgerald Bradford Jr., 21, “must face justice” and urged authorities to release tapes of the shooting. “No one is above the law,” Jackson said.

The officer killed Bradford on Thanksgiving night while responding to a shooting at the Riverchase Galleria Mall. Authorities initially identified Bradford as the gunman, but later retracted that allegation and searched for the real shooter who wounded two people that night.

Bradford’s relatives have said he had a permit to carry a gun legally, and their attorney has quoted witnesses as saying Bradford was trying to help when he was gunned down.

Bradford’s death sparked a week of protests in Hoover and calls for the release of surveillance videos of the shooting.

“We will have the tape made public,” Jackson said to rousing applause. “We want transparency, not cover-up. Tell the whole story, tell it now. We want justice now. We want fairness now.”

The Hoover Police Department has turned over footage of the shooting to the Alabama Law Enforcement Agency, which is investigating. The city has not released any information about the officers involved, but did say the person who fired the fatal shot has been placed on inactive duty during the investigation.

Jackson said Bradford would not be forgotten, and pledged to keep fighting for more information about the shooting.

“Innocent blood has power,” he said.

Jackson invoked the long history of civil rights in Birmingham and Alabama, and the recent Black Lives Matter movement. He preached about Rosa Parks, Martin Luther King Jr. and the four little girls killed in a bombing at Birmingham’s 16th Street Baptist Church. He also listed some of the Black men killed by police in more recent high-profile incidents, including Michael Brown, Freddie Gray and Philando Castile.

“In the images of those battles and the shedding of blood, E.J. Bradford joins those ranks,” Jackson said.

Prior to the eulogy, many of Bradford’s friends paid tribute to him, remembering him as a generous and loyal person, who always thought of others.

“Everybody called E.J.,” said one friend. “He was always on call.”

His father, Emantic Bradford Sr., who is fighting cancer said when he got diagnosed, he saw a change in his son.

“When I got sick, I knew then my son turned the corner and started being responsible,” he said. “The shoe was on the other foot. He started checking on me. My child was a good child.”

He broke down in tears when he spoke about losing his son who he hadn’t realized “had touched so many lives.”

“The years that I had with him were 21 good years,” his father said. “To this day, he’s always going to be my hero. I miss my baby and his mama miss him too.”

The funeral was held at Boutwell Auditorium in Birmingham on an overcast Saturday morning. Mourners wept as they stopped in front of Bradford’s open casket. More than 1,000 people filed into the facility to honor his life and memory.

Protesters march after death of man who wasn’t mall shooter