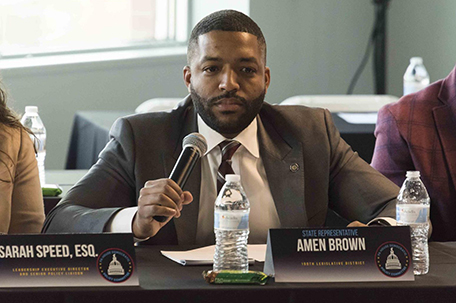 Under this project, people with minor non-violent marijuana convictions can apply for a pardon – entirely free and online.

There is no limit for the age of the conviction, and people with other convictions are not eligible. For eligibility, the conviction must have taken place in Pennsylvania and is for individuals who are charged with Possession of Marijuana or Marijuana, Small Amount Personal Use.

“This is a step in the right direction in removing the stigma surrounding marijuana,” Brown said. “It’s not fair to people who have committed non-violent offenses and are still facing the repercussions from the possession of marijuana – including missed opportunities for employment, housing, education and more. I applaud this much needed effort and it’s a step in the right direction for the possible legalization of marijuana in the commonwealth.”

Earlier this year, Brown held a policy hearing about the legalization of marijuana and has introduced legislation to legalize recreational marijuana in Pennsylvania.

Applications will be accepted until Sept. 30. For more information, visit: www.pa.gov/guides/mj-pardon/.

New push for racial equality in the marijuana trade