Brian Williams – Just a cog in the national disinformation machine 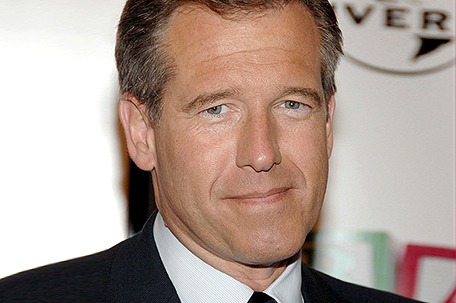 – “In the councils of government, we must guard against the acquisition of unwarranted influence, whether sought or unsought, by the military industrial complex. The potential for the disastrous rise of misplaced power exists and will persist.” – President Dwight D. Eisenhower 1961

Recently, Brian Williams, anchor of the NBC Nightly News, was removed from the anchor desk and suspended for six months. According to a statement released by NBC, Williams was suspended for “misrepresent(ing) events which occurred while he was covering the Iraq War in 2003. It then became clear that on other occasions Brian had done the same while telling that story in other venues.”  In a nutshell, Brian Williams lied.

But this story provides us with an opportunity to take a closer look at the news organizations that we rely on for information. Brian Williams’ transgression was one of personal exaggeration. It was a relatively small cog in a much larger national media machine that has historically engaged in disinformation. If assessed accurately, our focus on disinformation in the news media cannot begin or end with Williams.

It is important to remember that Williams works for NBC.  Until 2013, General Electric owned NBC.  According to a report by Business Insider, using 2012 data, GE was the 12th largest defense contractor in America.  GE’s Intelligent Platforms – Military and Aerospace division generated $4.3B in military arms sales for that year.

With such large revenues and profits at stake, it’s not difficult to be skeptical about GE’s ability to operate as a fair and unbiased journalistic organization.  As President Eisenhower said, “This conjunction of an immense military establishment and a large arms industry is new in the American experience. The total influence — economic, political, even spiritual — is felt in every city, every State house, every office of the Federal government.”

Too often mainstream American media’s coverage of the Middle East conveniently fits into the imperialist narrative the American government needs it to perpetuate. A clear example of this is how in 2003 Vice President Dick Cheney and National Security Advisor Condoleeza Rice were allowed to go on NBC’s “Meet the Press” and talk with such certainty about Saddam Hussein’s weapons of mass destruction, links between Iraq and al Qaeda and threats of “mushroom clouds” without the host, Tim Russert challenging the validity of their statements.

This takes me to my final point about the national disinformation machine.  Any analysis of Brian Williams’ lies or ‘fog of memory” regarding his experience covering Iraq must be examined in the context of a much greater issue. NBC and other mainstream media outlets allowed the lies, misinformation, and disinformation disseminated by President George W. Bush and the key figures of the Bush administration.

According to former Congressman Henry Waxman’s report “Iraq on the Record”, there were“…237 misleading statements about the threat posed by Iraq that were made by President Bush, Vice President Cheney, Secretary Donald Rumsfeld, Secretary of State Colin Powell, and National Security Advisor Rice. These statements were made in 125 separate appearances, consisting of 40 speeches, 26 press conferences and briefings, 53 interviews, four written statements, and two congressional testimonies.”  According to the report the statements were, “…misleading because they expressed certainty where none existed or failed to acknowledge the doubts of intelligence officials. Ten of the statements were simply false.”

America was led into the invasion of Iraq based upon misinformation, disinformation, and lies that were contrived and disseminated by officials at the highest levels of the American government.  According to journalist Seymour Hersh and others, Paul Wolfowitz and Douglas Feith created the Office of Special Plans in the Pentagon to find evidence that Saddam Hussein had close ties to al Qaeda and chemical and nuclear weapons.  When no evidence could be found they manufactured it.

Brian Williams’ mistakes due to the “fog of memory” or his lies are just a very small part of a much larger scheme of lies perpetrated by the network he serves as well as many of those who swore to protect and serve the Constitution.  Williams’ “tall tales” hurt the feelings of the soldiers he covered and damaged him professionally but no lives were lost.  The lies told by the Bush administration and perpetuated by mainstream American media cost America the lives of 4,500 soldiers, 135,000 Iraqis and more than $2 trillion. Williams is just a small cog in a much larger national disinformation machine.

Remembering a legend: Brian Carter dies of a heart attack at 56