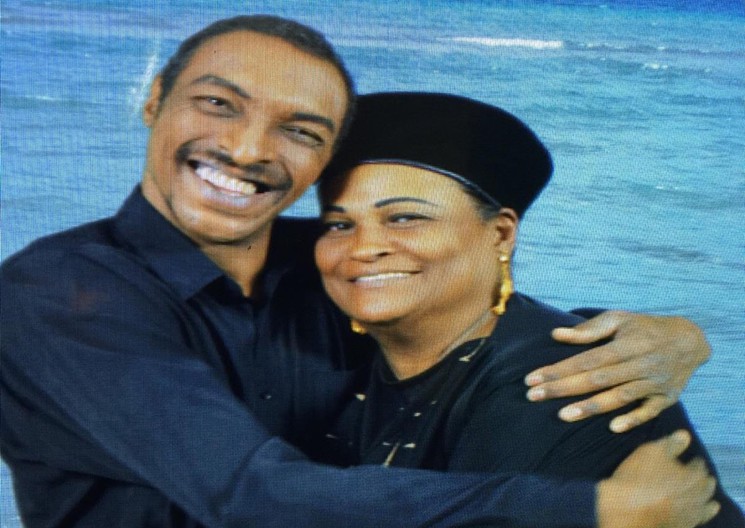 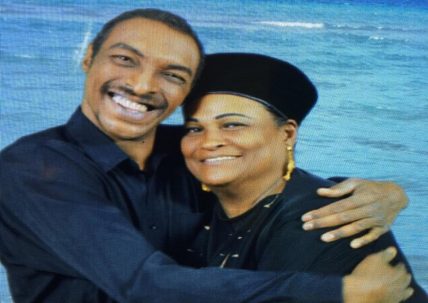 Muhammad Ali Jr. with his mother, Khalilah.
Courtesy of the Ali family

Muhammad Ali’s son, who bears the boxing great’s name, was detained by immigration officials at a Florida airport and questioned about his ancestry and religion in what amounted to unconstitutional profiling, a family friend said Saturday.

Returning from a Black History Month event in Jamaica, Muhammad Ali Jr. and his mother, Khalilah Camacho Ali, were pulled aside and separated from each other on Feb. 7 at the immigration checkpoint at Fort Lauderdale-Hollywood International Airport, said Chris Mancini, a family friend and attorney.

Camacho Ali was released a short time later after showing a photo of herself with her ex-husband, the former heavyweight boxing champion, Mancini said. But Ali Jr. was not carrying a photo of his world-famous father — a recipient of the Presidential Medal of Freedom.

Ali Jr., 44, who confirmed his Muslim faith, was detained about two hours, despite telling officials that he’s Ali’s son and a native-born U.S. citizen, Mancini said. It was the first time Ali Jr. and his mother have ever been asked if they’re Muslim when re-entering the United States, he said.

“From the way they were treated, from what was said to them, they can come up with no other rational explanation except they fell into a profiling program run by customs, which is designed to obtain information from anyone who says they’re a Muslim,” Mancini said in a phone interview. “It’s quite clear that what triggered his detention was his Arabic name and his religion.”

U.S. Customs and Border Protection spokesman Daniel Hetlage confirmed Saturday evening that Ali Jr. was held for questioning by customs officers, but said “it wasn’t because he’s a Muslim and it wasn’t because of his Arabic-sounding name.”
2017 The Associated Press