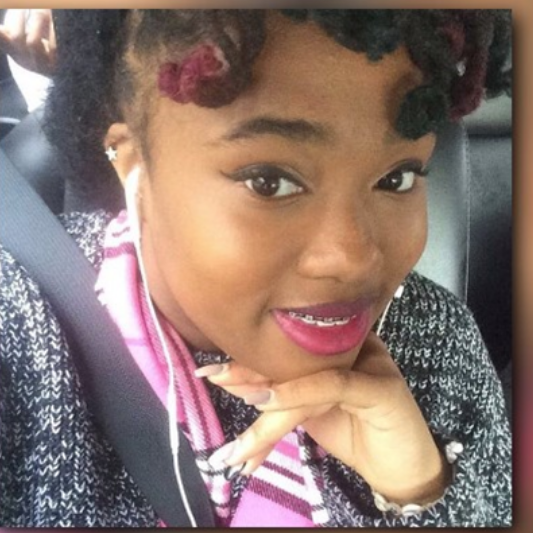 The body of Ashanti Billie, a 19-year-old student last seen on a U.S. naval base in Virginia, has been identified, and federal investigators are searching for her killer.

The body found Friday in Charlotte, North Carolina, is that of Billie, local officials determined, the FBI announced Saturday.

Her body was found 11 days later and more than 300 miles away, near a church in a residential neighborhood of Charlotte.

“She is home. She’s home with God, and we’re OK with that,” Billie’s father, Meltony Billie, said.

“To the person or persons that decided they wanted to take our baby away from us and away from everyone that loved her: you’re a coward. You don’t deserve to breathe the air she breathed,” she said.

The Charlotte-Mecklenburg Police Department is investigating Billie’s death as a homicide. No information was released immediately on how she died.

“Our mission is to bring justice for Ashanti, and we will be relentless in our efforts to find who did this to her,” he said in his statement. “We will not rest until the person who robbed Ashanti of her life, her promise and her future is held fully accountable under the law.”

Billie’s body was found Friday morning behind a church on the 1700 block of Griers Grove Road in Charlotte, local police said. The church, East Stonewall AME Zion Church, is about a mile from Interstate Highway 77 and Interstate Highway 85.

Police arrived and pronounced Billie dead on the scene.

Billie’s family said Friday they had been told a body was found but it was not clear if it was Billie’s.

“As the family awaits further updates, we ask that you continue to keep us in prayer and pray this is not Ashanti Billie,” a statement from the family said.

More than 75 people combed two Norfolk, Virginia, neighborhoods Thursday, looking for any clues that would lead them to Billie.

After a two-hour search, they returned with a pink shoe and a sweatshirt, The Virginia Pilot reported.

Billie was last seen about 5 a.m. on Sept. 18 entering Joint Expeditionary Base Little Creek in Norfolk, where she was an assistant manager at a Blimpie sandwich shop. But police say she never arrived at work.

Her cellphone was found later that day in a dumpster nearly 3 miles away from the base. Neighbors spotted her car Sept. 23 on a dead-end road in the Ocean View section of the city. They told police the car had been there for several days.

On Thursday, a volunteer found a pink shoe near where Billie’s car was found, The Virginia Pilot reported. According to the newspaper, a sweatshirt and phone charger also were found during the search. It was not clear if those items are related to her disappearance.

Billie’s parents, who both are veterans, said earlier this week they remained hopeful that she would be found.

“Just help me bring my baby, Ashanti, home, please,” Brandy Billie said through tears in a video posted to Facebook.

Billie moved to Virginia Beach in August to attend culinary arts classes at the Art Institute of Virginia Beach. She graduated from Henry Wise High School in Upper Marlboro, Maryland, in 2016.

Anyone with information for the FBI is asked to contact the FBI Norfolk Field Office at 757-455-0100.