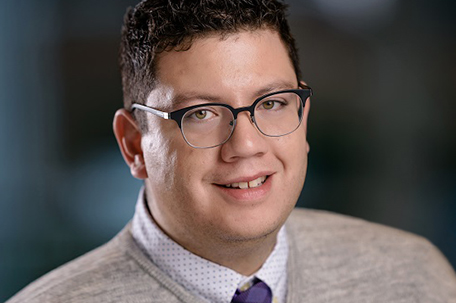 For years, and particularly in recent months, major news outlets have heralded the nation’s robust economic recovery. From rising corporate profits, to lower unemployment, or rising stock prices on Wall Street, many consumers might conclude that financial stability not only returned after the Great Recession but continues to climb.

But for people of color, and specifically Black America, the state of the economy has not recovered. Instead of low unemployment, many who were laid off during the foreclosure crisis today are under-employed and cope with paychecks that that lead to more month than money. Recent college graduates remain living with their parents, often due to burdensome student debt that delays them from setting up their own households. And according to a recent report by the Federal Reserve, a single $400 unexpected expense led to borrowing, selling something or not being able to pay for four in 10 adults last year.

These seldom unacknowledged financial disparities emerged during testimony at a Capitol Hill hearing on August 21. A subcommittee of the U.S. Senate’s Committee on Health, Education, Labor & Pensions heard and learned about how a history of economic exclusion, combined with a more recent wealth shift to the top 10 percent of income earners, leads to a bleak financial future for people of color.

Scott Astrada, federal advocacy director for the Center for Responsible Lending (CRL), testified to the “fear, anxiety and despair facing millions of Americans as they look toward a financial future plagued with uncertainty and loss.”

Citing data from multiple and recent research reports, Astrada noted a still-growing economic divide that has worsened since the Great Recession. Today, the wealthiest 10 percent now own 76 percent of the nation’s wealth, and the median net worth of Blacks and Latinx are respectively $11,000 and $14,000. Further, the May 2018 Federal Reserve’s Report on the Economic Well-Being of U.S. Households in 2017, found that fewer than 40 percent of adults feel they are on track to retire with adequate savings, and 25 percent have no retirement savings at all.

“For households of color, the Great Recession erased the economic progress made over the past three decades in their entirety,” said Astrada. “If current trends continue, it will take 228 years for the average Black family to reach the level of wealth White families own today. For the average Latinx family, matching the wealth of White families will take 84 years.”

“Ultimately,” Astrada continued, “if current trends continue Black household wealth is on the path to hit zero by 2053.”

Two long-standing federal policies were cited as key components to today’s financial disparities: government-backed mortgages and Social Security. Both federal programs, according to Astrada, have a sordid history of discrimination that brought long-lasting and significantly diminished and deliberate federal efforts to diminish the financial well-being of Black Americans.

In 1935, the year that Social Security began as a financial safety net for older Americans, the New Deal program excluded domestic and farm workers. Representing nearly a third of the nation’s workforce in the 1930s, these Americans were also largely people of color. A 2017 publication jointly released by Prosperity Now and the Institute for Policy Studies, “The Road to Zero” Wealth, tallied that long-time economic exclusion to be approximately $143 billion in 2016 dollars.

Fast forward to 2018, and generations of lower wages and benefits translates into nearly a third of Black retirees relying solely upon Social Security as the sole source of retirement income for more than half of retirees for all races.

Similarly, from 1934 to 1968, widespread redlining in the Federal Housing Administration (FHA) low-down payment, government-backed mortgages denied Blacks and other people of color opportunities to build and transfer wealth from one generation to another. During this 34-year span, only two percent of FHA mortgages were available to people of color. In just one city, Chicago, this three-decade exclusion shortchanged Black Chicagoans by $3 billion in 2017 dollars.”

“The harm of homeownership disparities,” added Astrada, “is especially clear when considering that two-thirds of the net wealth that is held by the middle 60 percent of families is in the form of home equity, resulting from, among other factors, invested wealth and appreciation.” 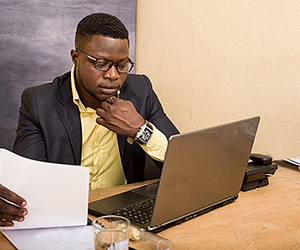 The lack of convenient access to full-service banking was identified by Astrada is a third factor diminishing Black wealth. Communities of color, particularly those with low-incomes, frequently lack access to traditional banking. Often these same communities are where high-cost, alternative financial services offering check-cashing, money orders, or payday loans sell their predatory products.

Since the onset of the Trump Administration, multiple federal agencies such as the Department of Education and the Consumer Financial Protection Bureau have emphasized the need for more consumer information.

Although a 2017 report by Prudential Financial, Inc. entitled, “The Financial Wellness of America,” found that a majority of working Americans suffer from financial stress due to struggles to pay monthly bills, and/or saving for the future, the corporation’s representative at the hearing representative attributed this financial angst to “the evolution of retirement and healthcare benefit offerings.”

Vishal Jain, a vice president with Prudential Financial, Inc.’s Workplace Solutions Group testified, “Today’s workers are having to assume increased responsibility for their financial security. When coupled with day-to-day financial obligations, such as mortgages and student loan debt, it is easy to understand why employees may be experiencing higher levels of stress about their financial situation.”

None of the other persons testifying in the hearing spoke to the continuing discrimination that people of color encounter despite federal and state laws calling for equal treatment.

“For the purposes of this hearing, I want to underscore that financial literacy cannot, by any means, solve everything,” he said. “Furthermore, the limits of financial literacy, in the context of discussion, require that strong regulators and sound consumer protection policy remain at the root for retirement readiness.”

Charlene Crowell is the communications deputy director with the Center for Responsible Lending. She can be reached at [email protected]